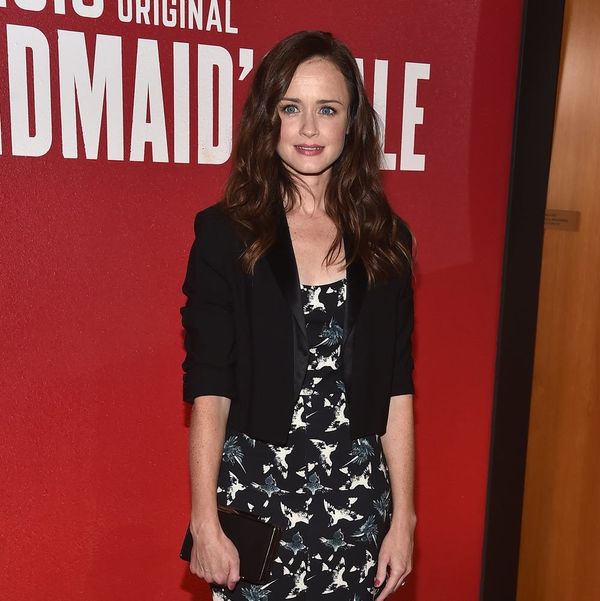 The second season of Hulu’s hit show The Handmaid’s Tale is set to drop on Wednesday, April 25, and the first two trailers have shown a dark and thrilling look at what’s set to unfold in Gilead. The series has now also released the first look at Alexis Bledel’s character, and her fate appears equally as bleak.

At the end of season one, Bledel’s character, Emily, was captured and believed by many to be dead. But in the new image, released via Hulu’s Instagram, it’s now clear she’s suffered a probable death sentence of another kind: being banished to the Colonies, the deadly, ecologically contaminated areas of the already horrifying Republic of Gilead.

“We’re a long way from home,” the caption reads, as Emily is seen working in the muddied and ravaged fields.

We’re a long way from home.

But she’s not the only familiar face stuck in the Colonies — the first trailer showed that Janine had also been sent to the wasteland after her suicide attempt.

Season two will expand on the original Margaret Atwood novel, and a new character will be played by a familiar face: Marisa Tomei is set to play the wife of a commander, and will appear in an episode set in the Colonies.

The Handmaid’s Tale season two will premiere on Hulu on Wednesday, April 25. The first two episodes of the season will be available to start, with new episodes premiering each Wednesday after that.

Will you be watching The Handmaid’s Tale season 2? Let us know @BritandCo.