The Head of the Coast Guard Has a Message for Trans Members: “I Will Not Turn My Back” 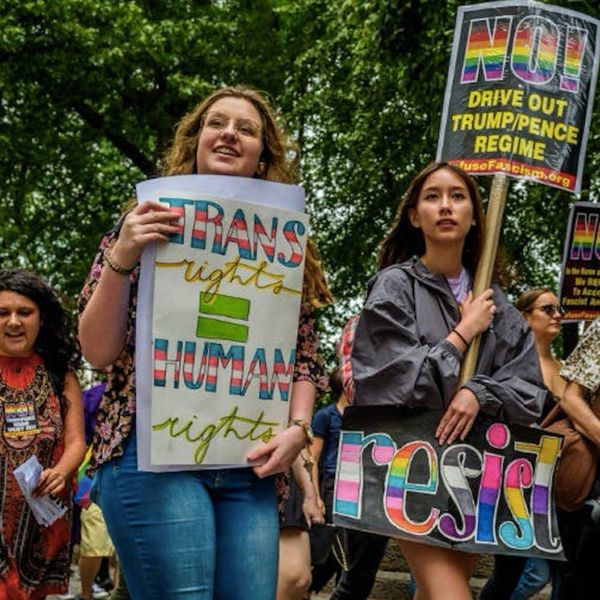 Admiral Paul F. Zukunft is the current Commandant of the United States Coast Guard and has served in that branch of the armed forces for 40 years. It’s safe to say that he’s pretty familiar with the kind of sacrifice and dedication that’s required of the people that serve alongside him. Which is why he’s speaking out against Donald Trump’s recent social media declaration that seeks to ban transgender people from serving in the military.

Zukunft has made it clear that he does not agree with or support the president’s position, and he’s promised to stand behind the transgender members of what he calls his Coast Guard family. “That is the commitment to our people right now,” the Admiral stated Tuesday, speaking at the Center for Strategic and International Studies in Washington. “Very small numbers, but all of them are doing meaningful Coast Guard work today.”

If you missed them last week, you can read one of a series of tweets from Trump about the “burden” of transgender individuals serving in the military here. (Compare that to the kinds of messages about inclusivity and diversity that you’ll see in Admiral Zukunft’s Twitter feed.)

What was nearly impossible to miss, however, was the loud, strong, and prolonged social media outcry against Trump’s ban (which, thankfully, doesn’t magically come into effect via a 140-character decree… at least not at this point in history). Lady Gaga, Chelsea Manning, Samantha Bee, St. Vincent, Katy Perry, and Judd Apatow (to name only a few) protested the proposed policy on Twitter. Even Trump supporter Caitlyn Jenner called out the president in a couple of tweets, for going back on his promise to support the LGBTQ community.

But Zukunft’s response went a big step beyond typical Twitter outrage. “I reached out personally to Lt. Taylor Miller, who was featured on the cover of The Washington Post last week,” he said. “If you read that story, Taylor’s family has disowned her. Her family is the United States Coast Guard. And I told Taylor, ‘I will not turn my back. We have made an investment in you, and you have made an investment in the Coast Guard, and I will not break faith.’” His office then got in touch with every member of the Coast Guard that identifies as transgender to express support for them.

Just in case your first, second, or third language isn’t German, here’s a fun little German language fact for you: “in zukunft” translates as “in the future” or “for the future.” It feels like a little bit of poetic justice that a guy with a name like that would take the stand he did against a policy which is a clear and obvious step backwards.

What are your thoughts about diversity in the military? Tell us on Twitter.

Corrina Allen
Corrina Allen is a film + television + travel writer from Toronto. Her journalistic goals include a backstage interview with David Byrne, the fictional character she identifies most closely with is John Wick, and her favorite dead person is Vladimir Nabokov. She never, ever Instagrams photos of her food (just her dog).
LGBTQ
Current Events
LGBTQ Politics