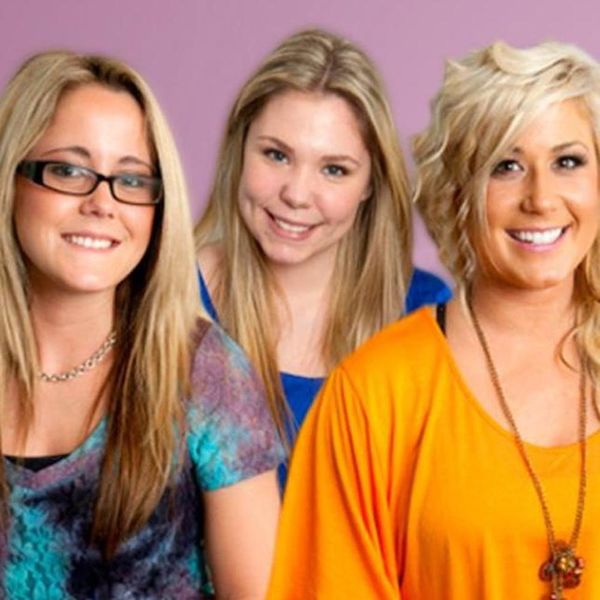 Back in the day, MTV was giving us life with all their teen reality programs: 16 and Pregnant, Teen Mom and Teen Mom 2 were slices of reality perfection, equal parts shocking, sad and uplifting. With the Teen Mom shows in particular, we’ve followed their post-reality lives with interest, always wondering where they are now. While many of them have given us even more drama than they had on the show, like Teen Mom star Farrah (though girl looked GOOD at the MTV Movie Awards last year), others have simply grown up and continued their families (see: Maci Bookout’s recent wedding). Just this week, we got word that two former stars of the shows gave birth just one day apart, and really, what are the odds of that?

Teen Mom 2’s Chelsea Houska announced the arrival of son Watson Cole DeBoer with her husband Cole just this morning. You may remember Chelsea as mom of Aubree from the show. According to E!, Chelsea admitted to Us Weekly that she’d freaked herself out before Watson’s arrival by doing research pre-delivery, something she didn’t do as a teen mom-to-be.

Yesterday, it was Chelsea’s Teen Mom 2 alumna co-star Jenelle Evans who was bringing new life into the world, welcoming her third baby, a girl named Ensley Jolie Eason, with her boyfriend David Eason. Jenelle has had a life of controversy, suffering from addictions. She’s currently engaged in two different custody battles for her sons, including one against her mother, who has custody of her eldest son, and one with her ex over her one-and-a-half-year-old son Kaiser.

While life after reality shows can be difficult for many, we’ll always appreciate checking in on the Teen Moms, as their stories resonate so much with all of us, whether we have kids of our own or not.

Who was your favorite Teen Mom star? Tell us @BritandCo!

Kat Armstrong
Kat has been a writer, social media maven and mom for longer than she's willing to admit. She's also spent time in front of and behind the camera, interviewing celebs, politicians and acting as a producer for fashion and artistic photography shoots. When she isn't writing for various orgs and publications, she's hanging with her kids, husband and French Bulldog, Peter, in Toronto, Canada.
Celebrity Baby
Entertainment
Celebrity Baby
More From Entertainment