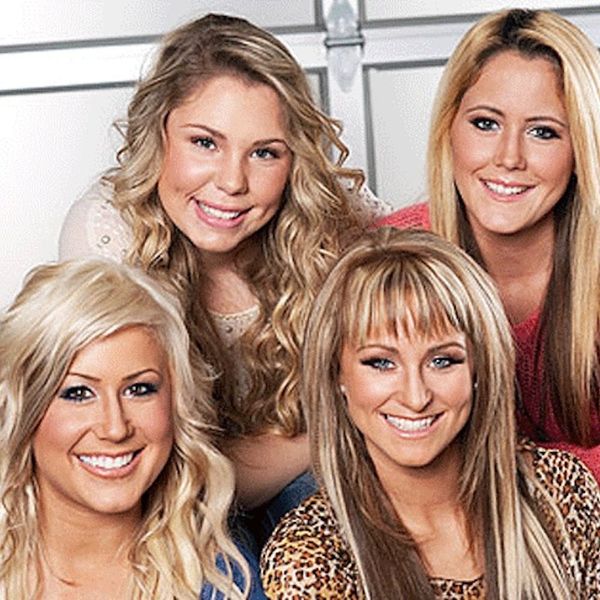 If you’re a person who indulges in “bad” (or amazing) reality TV, especially when there’s a focus on personal drama (a helplessly addictive story-line ploy), you probably occasionally find yourself defending your preferences. For me, that show is MTV’s Teen Mom — and my response is that the show is actually one of the smartest TV shows of the past decade. Allow me to explain.

First off: Yes, it can be easy to feel unsympathetic toward people who voluntarily put themselves in the spotlight. But the young women of the Teen Mom series, while now negotiating life as public figures, weren’t reality TV stars when they had unplanned teen pregnancies. And they, like the rest of us, certainly didn’t choose their families or their circumstances (or in some cases on the show, class conflicts and mental health issues).

Over the years, certain cast members have drawn considerably more attention and criticism for their public behavior (Farrah Abraham and Janelle Evans for their involvement in pornography and legal troubles, respectively), but the strength of many of the women on the show continues to impress.

As the seventh season of Teen Mom 2 comes to a close, and we get set to welcome another season with the original cast (Teen Mom OG) on August 22, here’s a highlight reel of some of the ladies’ notable accomplishments (um, aside from raising children as children under heavy public scrutiny).

The Teen Moms Are on the Public Speaking Circuit

Are you looking for a loved one? We want to help you find them! @tylerbaltierramtv & I are working on a new project, email us at cateandtyproject@gmail.com so we can help reconnect you with your estranged family members! #MakeADifference #Inspire #Estranged #Reunited

Many of the cast members travel (sometimes on behalf of MTV, sometimes independently) to schools to speak to all ages about birth control, teen pregnancy and, in the case of OG’s Catelynn Lowell and husband Tyler, who gave up their first daughter for adoption on the show when they were 16, to speak about their adoption experiences. We commend her for sharing something so personal with thousands.

The Teen Moms Are Authors

I cannot believe Pride Over Pity became a NY Times best seller. THANK YOU to all of you. It means so much!

The Teen Moms Are Entrepreneurs

I've been working hard daily on #ttmlifestyle . Thanks to all of you guys for the support. If you have not checked out our site yet, the link is in our profile. #ttmlifestyle #thingsthatmatter

Maci Bookout was one of the first Teen Moms to embrace the writing and speaking route, and she’s now moving into clothing with fiancé Taylor McKinney, with whom she started TTM Lifestyle clothing. Amber Portwood, meanwhile, recently started a house flipping business with her fiancé, Matt. They eventually want to open sober living homes for recovering addicts. That’s pretty incredible.

The Show Has Had a Major Influence Beyond Pop Culture

The teen pregnancy rate in America is at an all-time low. Recent data shows that the birthrate for teenagers ages 15–19 across all race groups dropped nine percent between 2013 and 2014. Advocates, like Bill Albert, spokesperson for the National Campaign to Prevent Teen and Unplanned Pregnancy, partially credit Teen Mom for showing teens the struggles that teenage moms face.