Things Have Gotten REALLY Nasty With This Bachelor in Paradise Duo 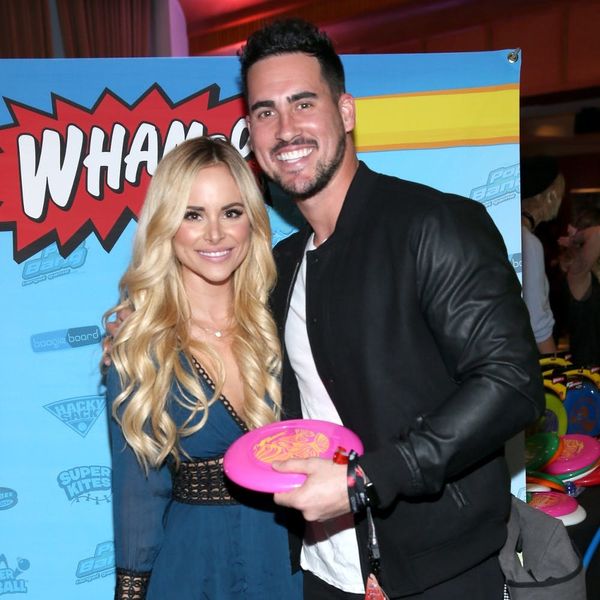 It was just last month that Bachelor in Paradise on-again/off-again couple Josh Murray and Amanda Stanton were spotted kissing, sparking speculation that the pair was managing to work out their issues despite a supposed breakup. But now, new deets reveal that things have gotten REALLY nasty between the duo.

Josh Murray’s personal assistant Hayley Watts filled E! in on the deets of the split, which she’s apparently been right in the middle of. She says the bad blood started boiling again just a few weeks ago, with Watts saying, “On March 13, Josh had an appearance in Los Angeles for the [Bachelor] finale of Nick’s season.” That was something we already knew, but what we weren’t aware of was that there was more drama sizzling behind the scenes. “Josh and Amanda got into a big argument that night, and she ended up taking his things from their shared apartment and putting them out in the hallway. I had to go retrieve them for Josh.”

But that’s not where the sticky sitch ended. Murray’s assistant continued, revealing that a week later she was asked by her employer to contact Stanton about getting his car back. “Josh purchased the vehicle. It’s all in his name, but he let her use it when they were together and had plans to be a family,” Watts explained. “I told Amanda she had two options: She would have to get a lender for the remaining balance of the vehicle [if she wanted] to keep it, or she could give it back.”

Stanton apparently wasn’t totally cooperative, with Watts saying that the former reality TV contestant said “the only way she’d give it back is if she was ordered by a judge.” When the police were called to help sort things out, “We got the keys back and removed all her personal items from the car.”

And that’s when Stanton reportedly turned her anger on Watts, who said, “In front of her daughter, Amanda proceeded to call me ‘Fatty’ a number of times. Repeatedly. She was body-shaming me in front of her daughter. It was really hurtful. She knows I have struggled with my weight.” So not cool!

Stanton topped things off by accusing Watts of stealing a pair of sunglasses and an iPad. When the police were again called, Stanton retracted her claim.

But when E! asked Stanton about the accusations, her response was fierce, saying, “It’s all a lie! It’s just really frustrating. He doesn’t even have a personal assistant. I don’t know why [she’s calling herself that]. She’s contacted all these people and I don’t know why because he’s in Italy, I’m in Fiji. We haven’t even talked. I don’t know why I woke up to all this. I thought things were fine.”

However, according to Watts, Murray feels like things are less than “fine,” in fact he’s “tired of this kind of drama. Right now, they’re done.”

Whatever is going on, it seems like Josh Murray and Amanda Stanton may want to deal with things directly from now on and keep the drama between themselves.

Have you ever had to deal with an unpleasant ex? Do you have any advice for moving on? Let us know @BritandCo!