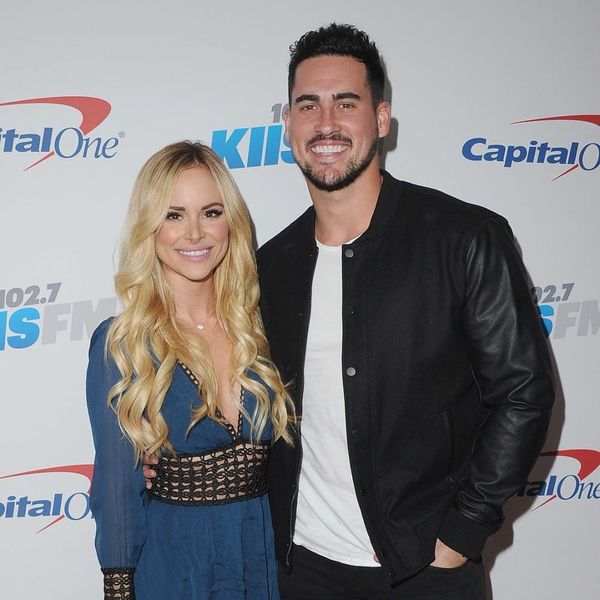 The lives of the folks in the Bachelor universe are apparently as drama-filled off-screen as they are on-screen! From Grant Kemp and Lace Morris’s split to Nick Viall’s fake (?) crying, you never know what cringe-worthy moment or shocking development will pop up next. But our jaws totally dropped when we found out that this former Bachelor in Paradise couple was caught kissing AFTER their big breakup.

Fans might remember that Josh Murray and Amanda Stanton found love and became engaged on last summer’s Bachelor in Paradise, but by January they’d already announced that they’d broken things off. While Murray blamed “normal relationship things,” Stanton explained the sitch to Refinery29 by saying, “I just think there are some things in a relationship you can work on… but then there’s also things that you just can’t work on and things that you just know aren’t going to work out in the long run.”

Now, it looks like the spark between the two may not have totally sizzled out. When ET‘s Lauren Zima asked Murray about pics of him kissing his ex that were taken just this past Sunday, he first tried to claim that perhaps they were photoshopped before admitting that he indeed had spent time with Stanton.

“You know, we’re trying to deal with stuff in a more private manner now, obviously, and we just kind of want people to respect that, and especially because it’s a tough situation with the kids,” Murray said, speaking of Amanda Stanton’s two children. He added, “We don’t want to kind of fully dive into anything, because we’re thinking about them as well.”

“This is the first time I’ve seen her in a while,” he continued, letting fans in on where things stand with the (possibly back together) couple. “When I came out this week, I came for one of my friend’s events, and I did some other stuff while I was here, and we ran into each other and stuff. You know, we just had long conversations. They were conversations that needed to be had, and [we had] a great dinner, and everything like that.”

Whether or not these two become re-engaged or not, it’s at least nice to see them getting along and keeping the kiddos in mind during this somewhat sticky sitch.

Do you think Josh Murray and Amanda Stanton will end up together? Let us know @BritandCo!