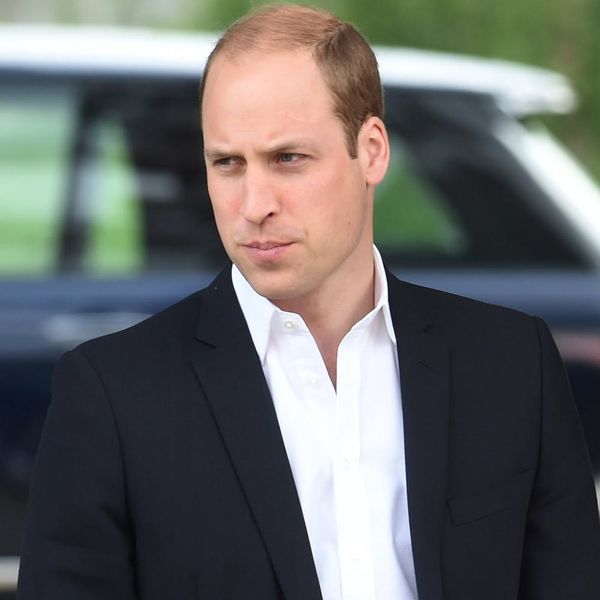 We’ve all been squee-ing over Princess Charlotte’s first balcony appearance, but it turns out her adorableness wasn’t the only thing to smile about while watching the royal fam. As Duchess Kate stood smiling with little Charlotte in her arms, Prince William (who just became the first royal to appear on the cover of an LGBT magazine) was focused on toddler, George. The Queen, on the other hand, was less about the kids and more about protocol. Totally pulling a grandma move on Will in public, it’s now been turned into a GIF, and OMG, watch it over and over while you laugh and relate.

While appearing with the rest of the royal family on the balcony during Trooping the Colour, this year marking the Queen’s 90th birthday, William crouched down to watch the revelry with little Prince George. Definitely a sweet dad-move, however, the Queen wasn’t terribly impressed.

Come for the queen scolding William, stay for the George facepalm. pic.twitter.com/etvmofiU5m

Always mindful of etiquette, the longest reigning monarch gently tapped her grandson on the shoulder and told him to stand up. He does immediately of course because, at the end of the day, she’s not only the Queen, but she’s also Will’s grandmother… and you do what your grandma says, even if you happen to be the future King of England.

Wiping the smile right off Will’s face (as well as sobering up Prince Harry who was standing behind), the Queen certainly showed the young royals who wears the biggest crown.

Does the Queen remind you of your own grandma(s)? Tweet us @BritandCo!

Desiree O
Desirée O is a ‘Professional Bohemian’ who loves anything and everything related to the arts, entertainment, and pop culture. She ADORES being a ‘Newsy’ for Brit + Co, covering all of the latest tidbits of awesomeness that you want to read about. When she’s not writing, she’s either making messy art, going on long adventurous walks with her camera, or poking around over at bohemianizm (http://www.bohemianizm.com/). You can find out about Desirée O and her work at http://DesireeO.com/ or follow her on Twitter @DesireeO.
Royal Family
Entertainment
Royal Family