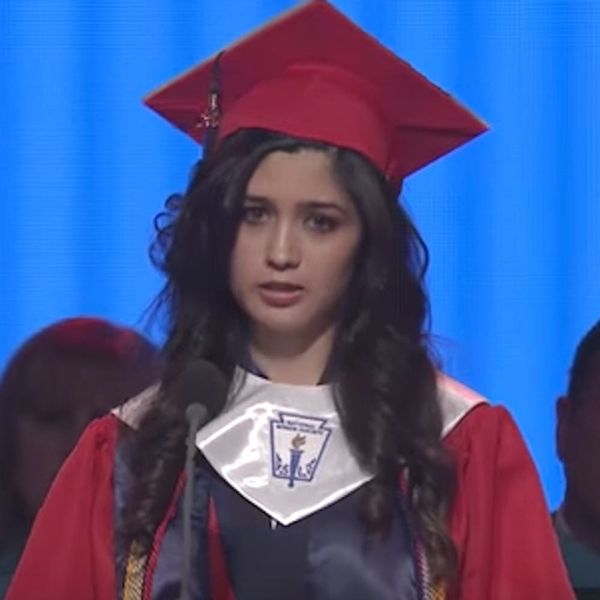 Most high school valedictorian speeches cover the standard grad sentiments: Holding onto your high school memories, moving on to new challenges and adventures and being excited about whatever the future might hold. And why shouldn’t they? It’s often a charged, emotional and exciting time. But for Texas teen Larissa Martinez, the same old wasn’t going to cut it.

Despite having filed for citizenship shortly after arriving, the family has still never heard back about their paperwork being processed. “The most important part of the debate and the part most often overlooked is the fact that immigrants, undocumented or otherwise, are people too,” Larissa says in her speech. “People with dreams, aspirations, hopes and loved ones. People like me.”

Larissa told WFFA that, in a way, she felt like she was born to do this — to bring this conversation to the table. Her mother, Deyanira Contreras, agrees, telling WFFA, “[Larissa] said, ‘What do you think?’ And then I realized; that’s what we are. That’s what you are… That’s your story.”

It’s the story of an estimated 11 million undocumented immigrants living in the US, and while Larissa faced immediate backlash for her admittedly controversial admission, ultimately, she has inspired many more. With a full scholarship to Yale, Larissa hopes to enter their pre-med program and become a neurosurgeon. And we have absolutely no doubt that we haven’t heard the last from her yet.

How hard did this speech make you cry? Tell us @BritandCo!