“This Is Us” Recap: Kate Gets Some Shocking News 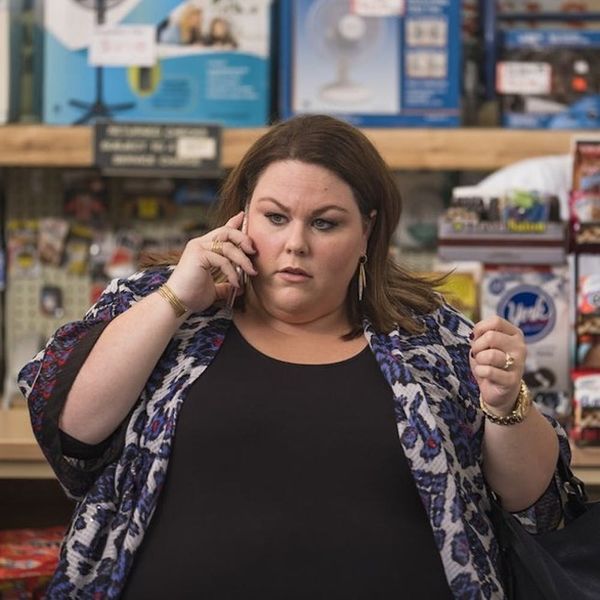 Mother-daughter relationships can be complicated, and that’s especially true on This Is Us. While all the Pearson kids have issues with their parents, Kate’s relationship with Rebecca may be the most fraught. And as this episode shows, their problems may have deeper roots than even they realize.

Rebecca’s mother, Janet, returns to the Pearson home this week, arriving at the worst possible time, while Kevin and Kate have chicken pox and in the middle of a snowstorm. And from the moment she gets to the house, she makes her presence known, first by criticizing Jack about keeping the house safe during the winter and then by chastising him and Rebecca about Randall’s clothing choices. Rebecca vents to Jack about all the ways her mother drives her crazy, and, wouldn’t you know — they’re almost exactly the same things Kate complained about when she was talking to Toby before her mother’s visit.

But at least Rebecca knows how to, well, be a mother. Janet obsesses over Kevin’s looks and Kate’s size, and treats Randall as an outsider. In fact, she treats all of her grandchildren superficially, focusing on things that are important to her, and seemingly takes special care to keep Randall on the outskirts of everything. Rebecca handles it as well as she can, until Jack gets sick too, and then all hell breaks loose. Rebecca confronts her mother about Randall, since that’s where Janet seems to have the most hang-ups, and accuses her of being racist. The argument devolves and, of course, Randall overhears. He’s confused, and Rebecca later has to try to explain to the sweetest son in the world what racism is.

Janet ends up apologizing to Rebecca and trying to explain her feelings about Randall. It’s not because he’s black or adopted, she says — it’s just hard for her. It’s not the truth, and we know it, but at least she makes an effort to help Randall with his science project.

Meanwhile, in the present day, Kevin’s knee injury has gotten worse. A visit to the doctor reveals he needs surgery, and as he starts to undergo the operation, he has visions of his father. While recovering at Kate and Toby’s, he opts to stay off the pain pills and confides in Toby that he can’t let his knee ruin his life again (it ruined his football dreams when he was a kid, apparently). But when he watches old videos of Jack cheering him on and supporting him, it’s enough to drive him back to the pills after all… and yeah, this “more like Jack than you thought” thing is not going anywhere good.

In Randall and Beth’s world, they’re still trying to acclimate to their new foster daughter, Deja. Randall tries to do her hair and ask her about her dreams, but Deja is still pretty closed off. His attempts to create a safe space for her are clearly not working. Beth wants to have a talk about how they can remedy the situation, but Randall is convinced he needs to do this HIS way, so he decides to take the kids bowling. From the moment they arrive, though, everything goes downhill. Deja refuses to take off her shoes or even bowl in her socks, and then a girl insults her hair — which results in Randall getting physical to make sure Deja doesn’t get hurt. Randall doesn’t seem to get how fragile this girl is, and how cautious he needs to be about throwing her out into the world. But it’s interesting to see Randall getting a challenge that he can’t handle, for once.

Beth seems to have better luck with Deja — she talks to her and gets her to open up. Deja lets her braid her hair and even opens up about some of her health issues. Beth tells Randall, and Randall attempts to connect with her over that, since he has anxiety issues, but Deja is upset that Beth betrayed her trust and told Randall things she hadn’t wanted people to know. She chops off her hair, and we’re back to square one all over again.

As for Kate? She’s getting ready for her first major paying gig as a singer and obsessing over her weight. She wants to fit into the perfect dress and is seemingly on edge all the time. We don’t find out why until the end of the episode: Kate is six weeks pregnant. And we did NOT see that one coming.

What did you think of this week’s episode? Let us know @BritandCo.