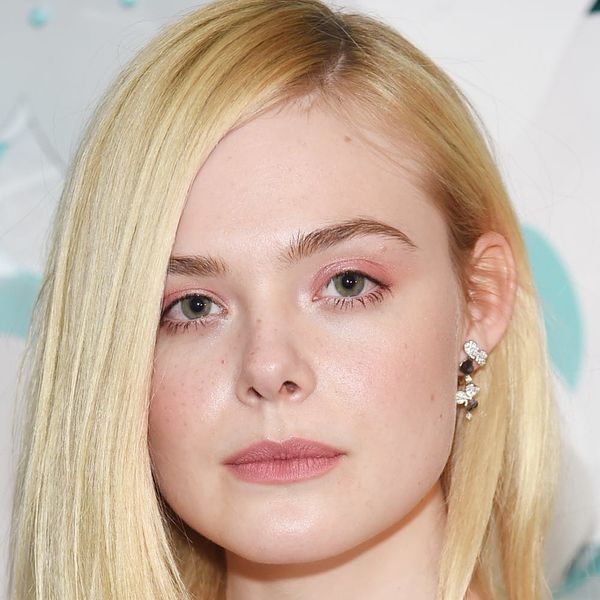 The opening scene of Breakfast at Tiffany’s is arguably one of the most iconic in film history. Audrey Hepburn stands before a Tiffany & Co. store, gazing in its window as she thoughtfully enjoys a breakfast of a croissant and a coffee in her timeless Givenchy LBD and pearls. Now, more than 50 years after the film’s original release date, the company that inspired its setting is recreating that very magical movie moment… albeit with some pretty big twists.

In the retailer’s spring campaign for its “Paper Flowers” collection, directed by The Hunger Games‘ Frances Lawrence, we see Elle Fanning crossing a taxi-laden street to stop at the flagship Tiffany & Co. store in NYC, where she gazes in the window. As Hepburn did in the original film, Fanning sips her coffee as she contemplates the store’s jewels with“Moon River” (also performed by The Beguiled actress) playing softly in the background.

Rather than a Givenchy LBD and pearls, however, Fanning is dons a comfy hoodie and a mini tiara.

And that’s not the only change — far from it. Around the .21 mark, A$AP Ferg breaks into the ‘60s classic to say, “I ain’t window shopping today.”

Fanning’s black and white world is then suddenly transformed into a colorful world of robin’s egg blue as NYC comes to life, with construction workers, business men and women, and one Maddie Ziegler joining the 20-year-old for a choreographed dance set to Ferg’s beats.

The group hits the Brooklyn Bridge and a trove of iconic city streets before Fanning is transported back into her black-and-white world of yore.

The Paper Flower collection is available at Tiffany & Co. now.

What do you think of the new ad? Sound off over @BritandCo.

Nicole Briese
Nicole is the weekend editor for Brit + Co who loves bringing you all the latest buzz. When she's not busy typing away into the wee hours, you can usually find her canoodling with her fur babies, rooting around in a bookstore, or rocking out at a concert of some sort (Guns N' Roses forever!). Check out all her latest musings and past work at nicolebjean.com.
Jewelry
Style News
Jewelry Movies Nostalgia