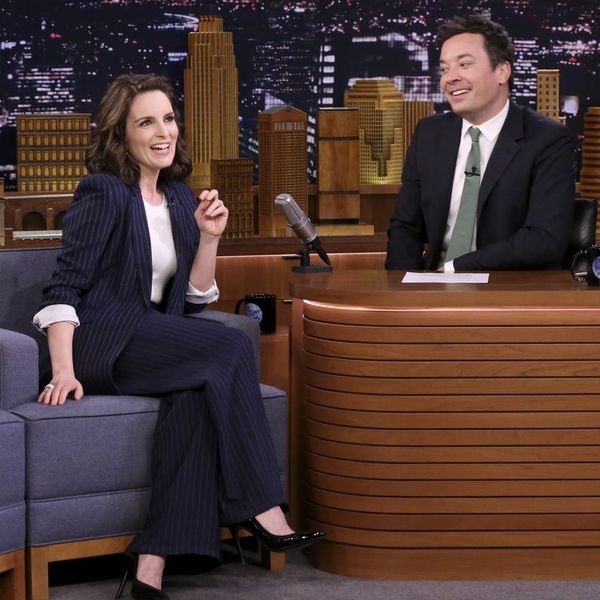 Jimmy Fallon is quickly becoming the king of connecting fans with the stars they love. Hot on the heels of the tear-jerking Chadwick Boseman fan surprises Fallon planned in March, the Tonight Show host hooked up fans of Tina Fey’s Mean Girls at the movie-turned-Broadway musical’s debut week, and their reactions are priceless.

The Tonight Show set up a poster for Fey’s new Mean Girls musical in a theater lobby and offered fans of the writer-producer-comedian a moment to thank the star for all she’s done for them. “We are comedy partners and best friends,” one pair said. “Everything we’ve done has been guided by everything you’ve done.”

Another young woman thanked Fey for being a “strong, empowering woman, who really shows me and all the other young women and men that you can truly achieve anything that you want to do.”

In each instance, Fey and Fallon listened to the fans from backstage, and then popped out to meet them at just the right moment — often moving the lucky people to tears.

Even Fallon took a turn thanking his former Saturday Night Live “Weekend Update” co-host. “A lot of people in this world have dreams or goals or ideas, but not everybody goes out and fights to make them happen. But you’re someone who did,” Fallon said on his show. “You didn’t get served this. You didn’t get given this as a gift. I know firsthand you worked so hard and found a voice and found your way, and you made your own dreams come true. And most importantly, even now, you’re making other people feel like they can do the same thing and change the world.”

He wrapped things up on a personal note, saying, “I have daughters and my hope for them is that they’ll grow up to be leaders like you and that they’ll be as fearless and confident in their strengths as you are. I love you.”

Have you ever met your favorite celebrity? Tell us about it @BritandCo!