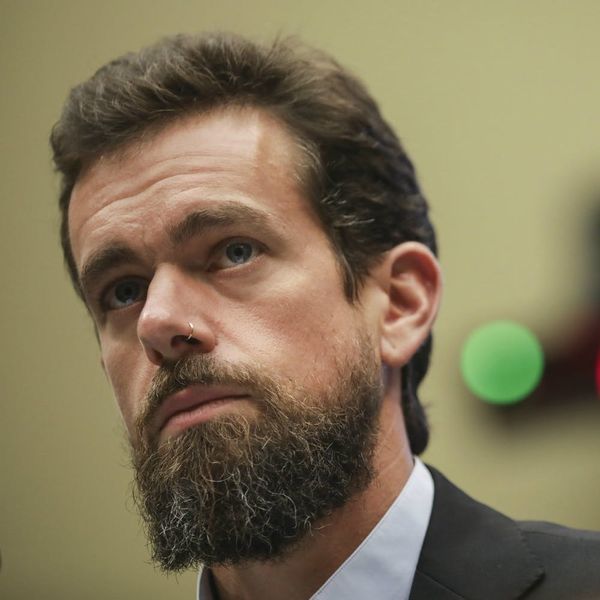 The Telegraph reported Monday morning that Jack Dorsey, the oft-maligned CEO of Twitter, is allegedly planning to do away with his platform’s “like” tool to encourage debate. Twitter’s comms account would neither confirm nor deny the suggestion, nor The Telegraph’s implication that Dorsey reportedly dislikes the feature because he feels it stifles debate on the social network. But whether the “like” button stays or goes (which a Twitter spokesperson confirms is under consideration), users of the site have been asking for a different kind of clean-up since at least 2011 — one with demonstrably grave implications.

The real problem on the site, many believe, is the company’s refusal to ban people who share racist, homophobic, and other violent content openly.

Twitter has been under fire for years over its shoddy record of hate speech moderation. In 2011, the company was accused of helping rioters coordinate their attacks during the London Riots, which resulted in at least five deaths and 14 injuries. In 2014, Twitter was the direct front line for the movement that became known as Gamergate, which saw angry (male) users attacking women on the site with threats of violence and a practice known as “doxxing,” or making public personal information like home addresses and phone numbers. Gamergate is now considered by many to be the jumping off point for many millennial white supremacists and “incels” — the birthplace of the dangerous white supremacist movement that’s been dubbed the “alt-right.”

And after years of constant public outcry, the company finally banned Infowars‘ Alex Jones — but not until the summer of this year.

Twitter is also at the center of the ongoing investigation on Russian interference in the 2016 election, with the Washington Post reporting that Kremlin operatives blasted more than 18,000 tweets in a few hours ahead of the Wikileaks dump of Hillary Clinton’s hacked campaign emails. It could be coincidence, but it could also be related to the company’s lax handling of false accounts and abuse, and their refusal to enact meaningful change.

To this day, Dorsey refuses to ban white supremacist Richard Spencer, a man who has been banned from entering several countries around the world for his hate-filled diatribes. Dorsey insists Spencer is “not part” of a hate group, even though there is sufficient evidence to the contrary.

It’s also been reported that Dorsey fought back against his staff to keep Jones and Spencer on the site, although users and staff have reportedly been begging him to de-platform hate speech for years. Twitter has denied this claim, but if it’s true that Dorsey would go against the wishes of his team — and a sizable body of his platform’s users — it’s worth asking: why?

The potential answer comes from Dorsey himself. Earlier this year, and ahead of a hearing with the US House Committee on Energy and Commerce, Dorsey shared a prepared statement as to why he didn’t feel it was prudent to ban Nazis, homophobes, and other trolls from the platform. “From a simple business perspective and to serve the public,” he wrote, “Twitter is incentivized to keep all voices on the platform (emphasis ours).”

So the bottom line for Dorsey is, well, the bottom line: He thinks that removing hate speech will result in less income for the publicly traded company. In fact, according to Tech Crunch, Twitter is so afraid of losing revenue from the right and far-right, it doesn’t even fully enforce its own anti-hate rules.

Instead, Twitter says it has created bots to detect “suspicious” accounts without verified email addresses or whose usage may show support of a coordinated attack, which operate in addition to a manual reporting system for users to turn to if they’re feeling attacked. And while Dorsey claims that abuse reports are down to four percent (from eight) since the bots started searching the site, it’s hard to say whether those stats prove the bots are solving Twitter’s trolling problem. Just like the “real” world offline, people on platforms like Twitter might not feel inclined to report abuse if they know nothing will come of it.

So while Dorsey worries about the lack of conversations happening on a platform designed for discussion, he’s ignoring the bigger reason as to why people may not be communicating in his preferred way on the site: Twitter’s insistence on allowing hate speech to remain unfettered leaves victims of abuse with inadequate support. It’s no wonder that users may feel discouraged to freely engage.

Kat Armstrong
Kat has been a writer, social media maven and mom for longer than she's willing to admit. She's also spent time in front of and behind the camera, interviewing celebs, politicians and acting as a producer for fashion and artistic photography shoots. When she isn't writing for various orgs and publications, she's hanging with her kids, husband and French Bulldog, Peter, in Toronto, Canada.
Controversy
Current Events
Controversy Politics Tech News Twitter
More From Current Events