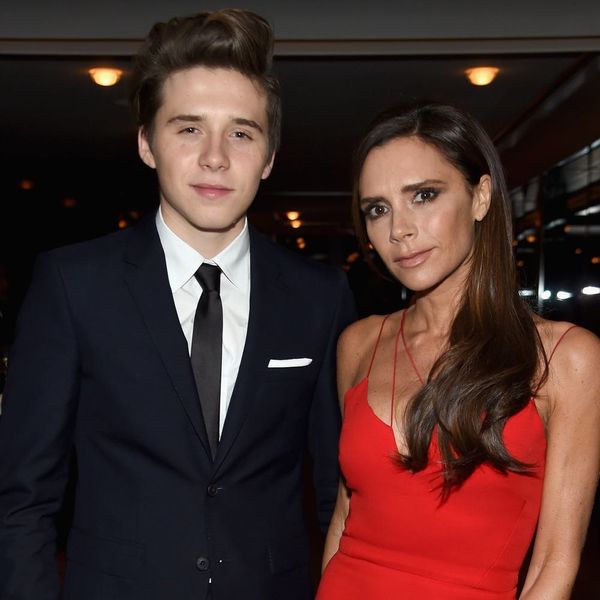 Victoria Beckham obviously loves her kids, but that doesn’t mean she won’t have a little fun at their expense every once in a while. The fashion mogul couldn’t resist teasing her eldest son, Brooklyn Beckham, when she saw his new hairstyle, which, in her opinion, gives him a striking resemblance to Dennis the Menace.

@brooklynbeckham X That hair!!! @chloegmoretz what have u done!! 😂😂😂 kisses x

The former Spice Girls singer posted a pic of Brooklyn to Instagram, along with an image of the famously mischievous cartoon character. She added a caption calling out his ‘do, writing, “@brooklynbeckham X That hair!!!”

She even brought Brooklyn’s girlfriend, Kick-Ass actress Chloë Grace Moretz, into the conversation, jokingly asking, “@chloegmoretz what have u done!! 😂😂😂”

Lest anyone take her teasing the wrong way, however, the ever-adoring mom was sure to add, “kisses x”

There’s no doubt that this is a drastic change for the 18-year-old, who usually sports a much sleeker look and comes from an incredibly stylish family. (Just look at his dad, David Beckham, or his little sister Harper — not to mention the fact that Victoria is the head of a fashion empire.)

This is far from the only change Brooklyn has made lately, though. He recently started his first year at Parsons School of Design, where he’s studying photography. So maybe he’s just expressing another side of himself now that he’s away from home and truly on his own for the first time?

Either way, his mom certainly has strong opinions about the look.

What do you think about Brooklyn Beckham’s hair? Let us know @BritandCo!