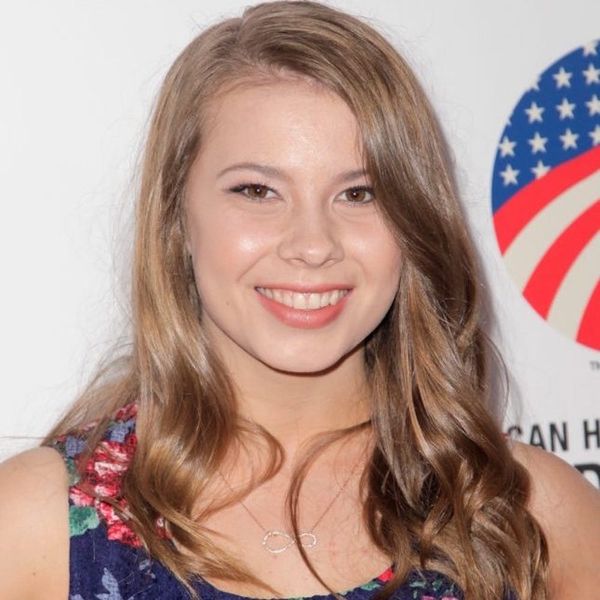 Season 23 (yes, you read that right!) of Dancing With the Stars is nearly upon us, and with the release of the surprising new cast line-up, which includes Olympians Laurie Hernandez (who had the BEST time at the VMAs) and the real (not Jimmy Fallon) Ryan Lochte (damage control, anyone?), Vanilla Ice and Texas Governor Rick Perry, to name a few, we think it’s a little more than likely that we’re in for one wild ride of a season. If you’re chomping at the bit to see which of these performers will take home the Mirrorball trophy this year (come onnnnn, Laurie!), you’re not alone. In the meantime, however, check out what has become of the show’s whopping 22 former champions with our “where are they now” roundup!

1. Kelly Monaco: Though Kelly was unable to defend her title as the OG Dancing With the Stars Mirrorball champion when she returned to the show in 2012, ultimately placing third, she’s always got General Hospital to fall back on: Girl is still going strong after 13 years on the show. (Photo via Matt Winkelmeyer/Getty)

2. Drew Lachey: Do we *really* need to tell you what Drew’s been up to as of late? 98. Degrees. REUNION! Following his Dancing stint, Drew reunited with his old bandmates, brother Nick Lachey, Jeff Timmons and Justin Jeffre, as well as fellow ’00 band favorites O-Town, Ryan Cabrera and Dream this summer for a reunion tour that ran from June through August. (Photo via Andrew H. Walker/Getty)

3. Emmitt Smith: Emmitt Smith has been a busy man since he left both the world of professional football and ballroom dancing — the former NFL player has worked as both a sports commentator and an entrepreneur, developing real estate and construction companies through his own company, Emmitt Smith Enterprises. Though he lost out at a second shot to Mirrorball glory (he was sent home in the ninth week of the show’s 15th all-star season), he seems to be doing jusssstttt find in the world of business — his latest venture is The Gents Place, a men’s membership-based grooming and lifestyle service that he wants to see franchised into 150 stores over the next five years. (Photo via Ethan Miller/Getty)

4. Apolo Anton Ohno: Apolo just took home what might have been an even more prestigious trophy than the Mirrorball he won back in back in 2007, when he was inducted into the US speedskating hall of fame this May. He also got his feet wet on the other side of the desk at the Rio games as an NBC Sports desk reporter. (Photo via Frederick M. Brown/Getty)

5. Hélio Castroneves: This race car driver has a one-track (pun intended) mind: Since winning season five of the show, he’s been plenty busy (what else?!) doing his thing on the actual track, giving his all at the Indy Firestone 600 event last week (Hélio placed fifth). (Photo via Gary Miller/Getty)

6. Kristi Yamaguchi: An admitted homebody (as she shared with People last year), Kristi has kept a relatively low profile since her big win in 2008, though she does take plenty of time out from hanging with her hubby and her two daughters to work. She now has two children’s books under her belt, and she continues to make guest appearances on the small screen when the occasion calls for it (most recently on Celebrity Family Feud). (Photo via Rich Polk/Getty)

7. Brooke Burke-Charvet: The season seven winner and former DWTS co-host has been out of the limelight for a while, spending time with her husband and three kids, but will make her triumphant return to television come this January as a contestant on another reality show, The New Celebrity Apprentice with Arnold Schwarzenegger. (Photo via Frazer Harrison/Getty)

8. Shawn Johnson: While the fantastic five were following in Shawn’s footsteps with their gymnastics Olympic gold, the season eight Dancing winner, who recently tied the knot to NFL husband Andrew East, was busy playing matchmaker to gal pal Aly Raisman. Next up for the Olympian — maybe babies? “I’m an only child, but family is my life and I want a big one,” she told People. (Photo via Neilson Barnard/Getty)

9. Donny Osmond: Donny, who returned to DWTS for season 18 as a guest judge after winning season nine, is hard at work wrapping up his Vegas revue, “Donny & Marie,” which was extended through November of this year. He’s also growing his ever-expanding home empire with wife Debbie, Donny Osmond Home, which includes everything from rugs and decor to lighting and bedroom furniture. (FYI? It’s Marie-approved). (Photo via Jason Merritt/Getty)

10. Nicole Scherzinger: Years of choreographed dancing as a former Pussycat Doll surely gave Nicole Scherzinger a leg up on the competition, earning her the season 10 Mirrorball trophy. These days, she’s still showing off her dancing skills, taking on a role in ABC’s upcoming adaptation of Dirty Dancing as Johnny’s partner, Penny. Can. Not. WAIT! (Photo via Alberto E. Rodriguez/Getty)

11. Jennifer Grey: While Nicole Scherzinger is gearing up for the ABC premiere of the remake of the movie that launched Jennifer Grey to superstardom, the season 11 winner has opted NOT to be involved with the project. “For me, it would be sacrosanct for me to do it, because it didn’t feel appropriate to me,” she told The Hollywood Reporter. Fair enough, Jen. Fair enough. Luckily, you CAN still catch her on season two of Amazon Prime’s Red Oaks series come November 11. (Photo via Charley Gallay/Getty)

12. Hines Ward: The former NFL player and DWTS champ may be retired from football, but he’s PLENTY busy these days: Not only does he have his own restaurant in Pennsylvania (Table 82 by Hines Ward), he’s making the transition in the world of broadcasting over on HLN’s Morning Express and as an analyst for CNN. Talk about a touchdown! (Photo via Gustavo Callabero/Getty)

13. J. R. Martinez: This former US army vet, who sustained injuries to 34 percent of his body while in the service and yet still managed to take home the Dancing title despite major foot surgery, continues to be an activist for causes he holds dear to his heart. He’s been involved with things such as burn victim outreach and motivational speaking for years. He most recently was found calling out Donald Trump in an open letter for making remarks about the Purple Heart. (Photo via Dimitrios Kambouris/Getty)

14. Donald Driver: Though the former NFL star and season 14 champ has largely disappeared from the public eye as of late, he is making time for the things that really matter: things like helping to fight poverty at the US Venture Open or taking time out to write his former teammate Brett Favre a public thank-you letter in the wake of Brett’s induction to the Pro Football Hall of Fame. (Photo via Mike Coppola/Getty)

15. Melissa Rycroft: We’ve got a sneaking suspicion that Melissa Rycroft is getting plenty of exercise these days, despite being seven seasons removed from her Mirrorball title — the once Dallas Cowboys cheerleader just gave birth to her third baby back in May. As she remarked to People, “It’s constant chaos!” (Photo via Rick Diamond/Getty)

16. Kellie Pickler: Kellie didn’t win her first time around on reality TV, finishing sixth on American Idol, but she sure did slay the competition on DWTS! And her small screen reign is far from over: Her reality show with husband Kyle, I Love Kellie Pickler, was just renewed for a second season. (Photo via Craig Barritt/Getty)

17. Amber Riley: Amber made DWTS history (girl had five perfect scores. FIVE!), but she’s just as great when it comes to other avenues of art: like singing, for example — a fact we were already well aware of, thanks to her stint on Glee. Now, she’s using her pipes to take on the Doc McStuffins theme song, a Disney junior series that Amber tells People is a favorite of her niece’s. (Photo via Mark Davis/Getty)

18. Meryl Davis: Like Kristi Yamaguchi before her, Meryl put her years of professional ice skating to good use on season 18, taking home the grand prize in the end with her stellar technique. As of April, she and ice dancing partner Charlie White were still open to competing in the sport that made her famous, meaning the 2018 Olympics could still be a possibility — squee! (Photo via Michael Loccisano/Getty)

19. Alfonso Ribeiro: Alfonso’s always had the moves — hello? The Carlton? — so it was no huge surprise that he took home the Mirrorball trophy on season 19. These days, you can catch him making us laugh once more as the host of NBC’s America’s Funniest Home Videos, which he took over in mid-2015. (Photo via Jerod Harris/Getty)

20. Rumer Willis: Rumer, who has been very open about her struggles with self-image following years of bullying, got a huge boost of confidence when she took home the mirrorball on season 20 of DWTS. Next up for Demi’s lookalike? A music tour and a movie! Though she doesn’t have a record yet recorded, that’s not stopping the starlet, who is plenty co­mfortable with covers (she does a pretty mean rendition of “It’s Raining Men,” for one thing), from hitting the open road come October. She’ll also be starring alongside Emma Dumont in a new thriller, What Lies Ahead. Dang. Is there anything this girl can’t do? (Photo via Jesse Grant/Getty)

21. Bindi Irwin: Bindi danced her way into America’s hearts on season 22, and she hasn’t stopped since: Just last week, in fact, she visited her late father’s wildlife reserve to — what else?! — catch a few crocs. She recently wrapped up her school studies when she received a grad gift inspired by Steve. Bindi has big plans for her future that include working at the Australian Zoo and finishing up her debut novel (!). (Photo via Frederick M. Brown/Getty)

22. Nyle DiMarco: Let’s face it: Nyle DiMarco gives good TV. First taking home top honors as America’s Next Top Model (cycle 22) and now acting as the current reigning champ of the Mirrorball, the Deaf model is still in the limelight, though he’s taking on a very… different role. Nyle will be joining the cast of — wait for it — Chippendale’s Las Vegas as a celebrity guest host come late September. “I will be teaching the ladies in the audience some sign language,” he told Entertainment Tonight. Sign language, eh? Mmm hmmm. (Photo via Craig Barritt/Getty)

Who will you root for on season 23? Share with us over @BritandCo!