Here’s Why Brides Wear White Dresses to Their Weddings 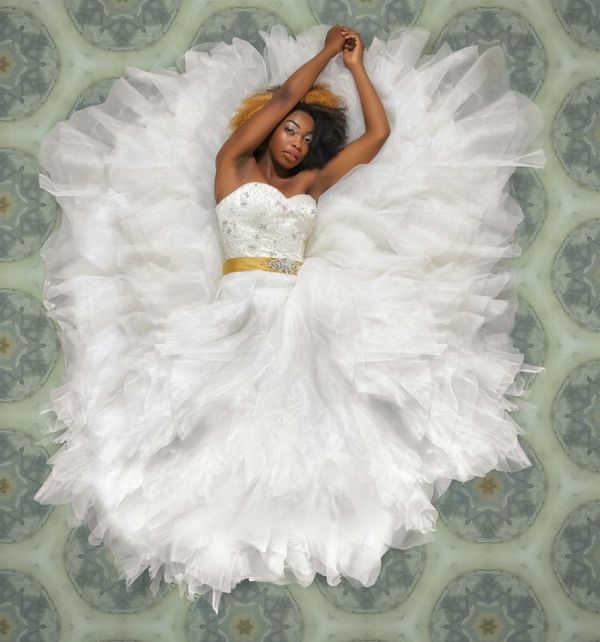 Not every bride wears white to her wedding. Some notable celebs who eschewed white dresses at their nuptials include Jessica Biel, who opted for a pink frock when she wed Justin Timberlake; Shenae Grimes, who rocked a gunmetal-grey ensemble when she married Josh Beech; and Avril Lavigne, who dared to don black when to her nuptials with now-ex Chad Kroeger (it was France, after all, so we understand why she’d take a fashion risk).

So where did the widely held tradition of white bridal dresses come from, anyway? The first documented bride to wear a white dress is Queen Victoria, who chose the color for her 1840 wedding to Prince Albert because, well, she liked it. And the color continued to be popular throughout the Victorian era (before Queen Victoria’s big day, red was the color of choice for wedding dresses in Eastern Europe). Other countries, including Greece, Japan, China, and countries throughout Africa began to follow suit, seeing white as a fitting symbol of purity and joy (although Chinese brides often stick with red, too).

Eventually, the color white came to be associated with wealth — as in, if you could afford to drop a lot of cash on a dress that could be stained and destroyed so easily, you were probably well-off financially. Back in the 19th and early-20th centuries, it was very difficult to remove a stain from an all-white garment, so an investment in an expensive white dress was a status symbol for a bride and her family.

Soon after, white wedding dresses made their way over to Western culture. And it’s safe to say they’ve stuck. Though many brides choose variations on white — such as beige, cream, and ivory — the spirit of white still reigns supreme in the tradition of marital fashion. In fact, going rouge often symbolizes going rogue — and there’s nothing wrong with that. Heck, you may want to even opt for the British tradition of the white wedding — an event in which everyone at the nuptials wears white in an act of solidarity! It’s your wedding, rite?

Kristine Solomon
Kristine Solomon is a New York-based editor, writer, and digital content strategist. She's worked for major women's lifestyle brands including Martha Stewart Living, The Nest, and YourTango. She's a proud animal lover, word nerd, and obsessive decorator. She once hopped into a canoe in Kenya and sailed into a lake packed with (actual, deadly) rhinos, then rowed back to shore underneath a double rainbow. She just wanted you to know that.
Home News
More From Home News