Here’s Why Dancing Is Good for Your Brain 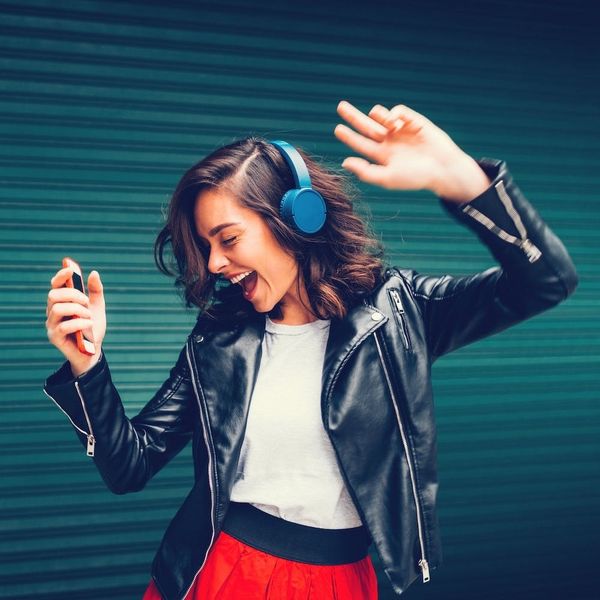 Is there anything more fun than a good dance party? Whether you’re finding yourself in the middle of a crowded dance floor with friends and family at a wedding or have grabbed some gal pals for a night on the town jumping up and down to the hottest beats, there’s really nothing better. You’re singing along at the top of your lungs, spending QT with people you care about, and generally having the best time. It’s all kinds of wins.

And maybe you weren’t looking for more reasons to dance, but we’ve got ’em for you, anyway: According to UC Berkeley’s Greater Good Science Center, the chemicals released while dancing are actually really good for your brain. A recent report from GGSC on the combination of chemicals cleverly coined by Daybreaker CEO and co-founder Radha Agrawal as DOSE (dopamine, oxytocin, serotonin, and endorphins) — states that dancing “uniquely benefits health and happiness.”

“There are so many studies done around dance and happiness and the science of dance as a healing modality,” Agrawal tells us. “It’s the most healing modality that exists on the planet. When you dance, it releases your DOSE.”

Here’s the science behind DOSE, the special combination of chemicals that comes together when you’re breaking it down on the dance floor.

Dopamine: According to the report from GGSC, dopamine is all about rewards. It’s released in the brain when we anticipate, enjoy, or remember pleasurable moments. Listening to music that we like increases dopamine levels, and since music is necessary for a good dance party, you’re setting yourself up for a dopamine release any time you start moving to the beat. Dopamine is also tied to spontaneous body movements — hello, dancing!

Oxytocin: The O in DOSE stands for oxytocin, which is the connection hormone. “You get it from the contact high of being shoulder to shoulder on the dance floor,” Agrawal says. “It’s actually a natural high that we can release by being in a room with multiple people around us. It’s a beautiful way to release your oxytocin.” Basically, the more, the merrier, the more oxytocin.

Serotonin: Per the GGSC, serotonin is credited with allowing for emotional contentment and ease — and it’s where the exercise side of dancing comes into play. Any workout can increase the level of circulating serotonin, and a high-energy dance sesh is no exception. Healthy serotonin levels help prevent anxiety and depression, improve sleep quality, and slow the aging of the brain.

Endorphins: Like serotonin, endorphins have to do with exercise. You’ve likely heard the release of endorphins described as a “runner’s high.” Endorphins take your brain a step further than serotonin, though, by limiting feelings of tiredness and pain. They free up your energy to focus on the fun of dancing instead of the fact that it’s making you sleepy and maybe even a little sore.

If you still need proof of the wonders that dance can do for your mind and body, Agrawal can help. “When people say seated meditation is the only way to meditate, they’re so wrong,” she says. “You can totally meditate and dance. That’s how I meditate — I’m on the dance floor, dancing and meditating, reconnecting to myself, getting present to myself. It’s true therapy.”

RELATED: I Tried Dance Parties to Work Out As a New Mom + Here’s What Happened

Alli Hoff Kosik
Alli Hoff Kosik is a freelance writer who is passionate about reading, running, rainbow sprinkles, her lipstick collection, watching embarrassing reality TV, and drinking pink wine. She lives in Brooklyn with her husband and (in her dreams, at least) three golden retriever puppies. Listen to her talk books on The SSR Podcast.
Healthy Living
Health
Healthy Living Self Care