Why the Multicultural Royal Wedding Was a Historical Reckoning 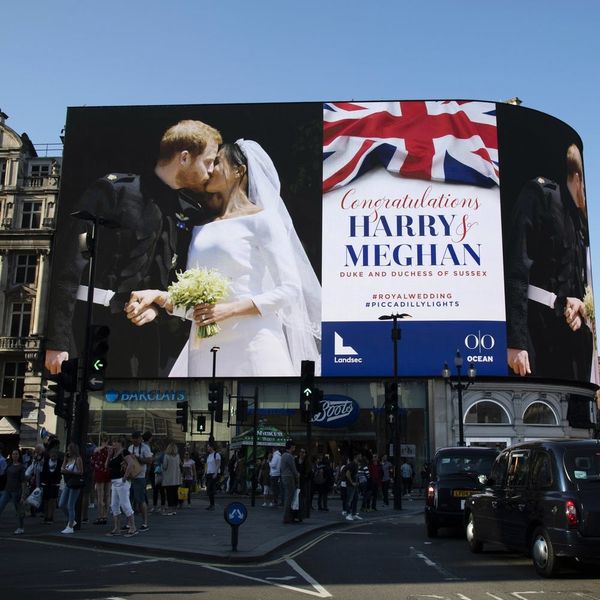 When you hear the word ‘multicultural,’ the British monarchy is probably the opposite of what comes to mind. But that’s the word being used to describe the historic royal wedding between Prince Harry and Meaghan Markle — who, as we all know by now, is the mixed-race, divorced American actress who’s been breaking the royal mold since rumors of the couple’s relationship first broke in 2016. At St. George’s Chapel in Windsor Castle and before a global stage, the groundbreaking wedding ceremony signaled an exciting new chapter for an institution whose legacy is linked to colonialism, empire, and the oppression of people who look like members of the now-Duchess of Sussex’s own family. To put it another way, this royal wedding was woke AF.

From its sermon by Black American Bishop Michael Curry to its gospel choir rendition of “Stand By Me,” the ceremony between the ginger prince and the former Suits star ushered the royal family into a new era that both acknowledges and invites a multicultural future. Understanding that it was the royal family that bankrolled the settlement of British North American colonies on land stolen from Indigenous communities, and built on the backs of African slave labor, it’s more than a huge deal: it’s a reckoning. And every single person involved in the ceremony — and sitting in the pews to observe — knew it.

The much-discussed, 13-minute sermon by Bishop Curry, the first Black leader of the Episcopal Church, included two references to the late Dr. Martin Luther King, Jr. that spoke to the deep, cultural symbolism of the historic moment. “’We must discover the power of love, the power, the redemptive power of love,’” quoted Curry of King. “’And when we do that, we will make of this whole world a new world.’”

And across the world, royal watchers have taken note. Ingrid Seward, Editor in Chief of Majesty Magazine, told the UK’s The Sun Online, “There’s never been a royal wedding like this in modern history.” She added that the ceremony “bodes well for the future of the modern monarchy.”

Ever since Markle and Prince Harry and made their royal engagement public in November 2017, Markle’s made it clear that she plans to use her entry into the royal family to make big statements for positive change. While Markle may just be a duchess, by galvanizing a history-making wedding she’s made her mark as an undisputed feminist queen.