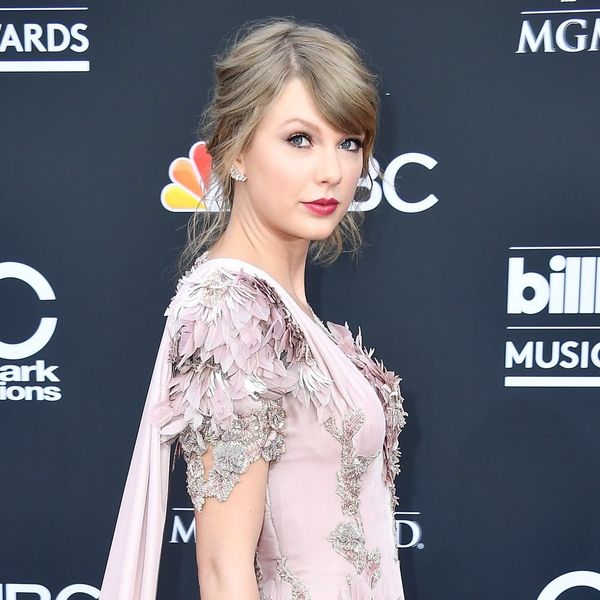 To say that singer-songwriter Taylor Swift has been politically silent over the course of her career would be disingenuous — the “Look What You Made Me Do” singer has had her fair share of political moments, albeit on her own terms, and with little actual information revealed about her own personal beliefs.

That all changed over the weekend, however, with a deeply personal Instagram post where Swift not only expressed her political beliefs, but also explained why she would be voting Democrat (and not, as many fans assumed, Republican) in next month’s midterm elections.

“I cannot vote for someone who will not be willing to fight for dignity for ALL Americans, no matter their skin color, gender, or who they love,” she wrote.

But why did it take so long for the 28-year-old musician to say anything, and will it hurt her career?

“In the past I’ve been reluctant to publicly voice my political opinions, but due to several events in my life and in the world in the past two years, I feel very differently about that now,” the singer wrote to her 112 million Instagram followers. “I always have and always will cast my vote based on which candidate will protect and fight for the human rights I believe we all deserve in this country.”

Some fans think the “events in my life and the world” to which Swift was referring include her 2017 legal battle, which saw Swift victorious after facing a defamation lawsuit by former radio DJ David Mueller. (Mueller sued Swift for accusing him of sexual assault; Swift countersued for $1, and won.) But unless she’d spent the last two years in a dark, isolated cave with zero WiFi — which we know from her Instagram presence hasn’t been the case — she was likely also alluding to the charged political climate following the 2016 presidential election — perhaps including the weekend’s vote to confirm a man accused of sexual misconduct to the highest court in the land.

It speaks volumes that Swift finally decided to speak out about her political position less than a day after the Senate voted to confirm Brett Kavanaugh to the Supreme Court, despite powerful testimony from a woman who named him as the alleged perpetrator of her sexual assault. It can’t be coincidence. Until now, Swift has allowed pundits and fans to speculate over her motivation to stay silent about politics, often to the detriment of her reputation.

At the height of #MeToo and a year after the 2016 election, The Guardian accused the singer of being an “envoy for Trump’s values,” essentially calling out the incompatibility between Swift’s silence on politics and her branded pro-woman stance. The assumption at the time was that if Swift was anti-Trump (or at the very least, opposed to the white nationalists that the president refused to decry), she should publicly say something. She didn’t, and it garnered her newfound fans in the country’s “alt-right” community of white supremacists, who dubbed her an “Aryan Goddess.” She remained silent then, but since her post on Sunday, they’ve thoroughly denounced her. Even President Trump said he liked her music “25 percent less” since her announcement.

Her post seems to implicitly address previous accusations against her. It also suggests that the week’s events may have finally spurred the artist to say what fans have been waiting for, or dreading: That she’s not, in fact, apolitical, but that she needed to have a reason to speak up. And with Kavanaugh’s confirmation and the conversations it’s dredged up around believing women, Swift seems to feel like now’s the time to push for change. Taylor Swift understands firsthand what it means to be a woman vilified for speaking her truth.

Where Swift was formerly careful not to upset fans on either side of the political spectrum, her declaration that she believes in LGBTQ+ rights, is strongly against gender discrimination, and her clear message that she understands and supports anti-racism makes a strong statement. Besides expressing that she’s truly worried about politicians who don’t share her positions, she’s also saying she doesn’t want the kind of fan base who would fault her for her beliefs.

Kat Armstrong
Kat has been a writer, social media maven and mom for longer than she's willing to admit. She's also spent time in front of and behind the camera, interviewing celebs, politicians and acting as a producer for fashion and artistic photography shoots. When she isn't writing for various orgs and publications, she's hanging with her kids, husband and French Bulldog, Peter, in Toronto, Canada.
Controversy
Current Events
Controversy Politics Taylor Swift