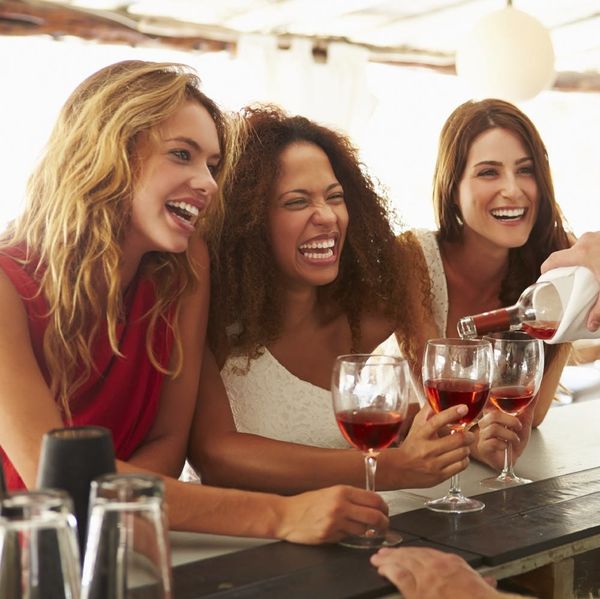 Ah, wine. It’s known for its antioxidants, its ability to pair with just about anything, including girl scout cookies and it’s even gained traction for its therapeutic properties in vinotherapy spa treatments. A new study by non-profit Wine Market Council, posted on Wine Spectator, is backing up what you already knew with science: the nectar of the gods is championed among millennial women.

A whopping 42 percent of all wine consumed in 2015 was by the 79 million millennials in this country. That’s roughly 159.6 million cases of the good stuff. Not only are millennials driving the wine industry, but women in particular are helping keep vino in steady business. On average, high-frequency wine drinkers have 3.1 glasses per sitting, which is almost a full bottle, FYI!

In fact, two-thirds of women under 30 are wine drinkers, while those over 30 are more of an even split, thanks in part to tastes evolving. But that’s not to say that millennials don’t have excellent, varied profiles: We’re way more likely to experiment with less traditional wine regions such as Argentina, Oregon, Chile or Australia. We’re also more inclined to go big or go home: the average bottle of wine was $7.81 in 2015, but millennials snatch up bottles $20 and over regularly, and use reviews pretty religiously to make thier selections (56 percent of the time!).

Our varied tastes have also helped types such as Pinot Noir and Sauvignon Blanc rise to the top of the class, with rosé and Prosecco also steadily rising. Pretty impressive for our generation, right? The study concludes that this might be because wine is more accessible than ever — it’s even available in movie theaters, car washes and book stores — and that new technology such as wine apps and minibar delivery services have helped with the boost.

Tag us in your wine-related creations on Instagram with #iamcreative!