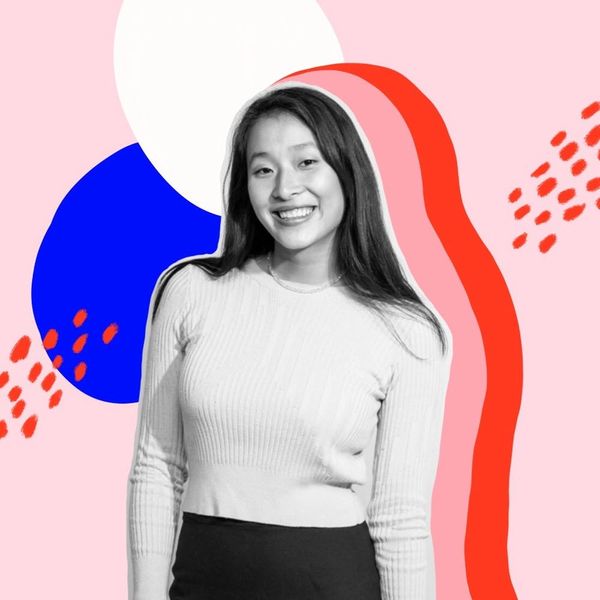 “Women Who Run” is a series highlighting six female candidates currently running for office. Whether the roles they’re campaigning for are in local, state, or national government, they’re all proof that more women are getting involved in politics than ever before.

Between her freshman and sophomore years in high school, Nadya Okamoto’s family was homeless. Now, four years later, that experience has not only turned her into a social activist (she runs the non-profit PERIOD, which makes menstrual products available to those who need them the most), but it has also inspired her to run for city council in her native Cambridge, MA.

If elected, Okamoto promises to address issues of housing instability first and foremost. “I care so deeply about housing security for all Cambridge residents and I understand the emotional effects of that, and the anxiety that it causes especially for young students in school,” she says.

32 percent of Cambridge’s population is under the age of 25. The city’s young population puts Okamoto at a major advantage; it means that she’s able to engage many of her constituents in a way that her opponents have been unable to.

Her campaign, which also focuses on education equity, environmental sustainability, workers’ rights and government accountability, is youth-led, focusing on the civic engagement of young people and stressing the importance of having a representative democracy. “As a young person, I can bring new perspectives, ideas, and community relations to the Council.”

We chatted with Okamoto about her platform, how her age has affected her campaign, and what she has to say to other young women in politics.

B+C: Tell us more about the position you’re running for.

Okamoto: I grew up thinking of Cambridge as a home since my godmother lives here, and growing up we visited at least once or twice a year. Cambridge was a home when I wasn’t really sure what home was, especially with growing up with a bit of housing and financial instability, and domestic violence between my parents.

Cambridge is facing issues now that are [making it] challenging for this city to be a stable “home” for many of its residents — because the city is too expensive to live in and its localism is constantly being threatened. I want to fight for this city to be home to whomever wishes to call it that, regardless of their socioeconomic status, racial identity, or place of origin.

Okamoto: I knew that there would be pushback on my running for office at my age, of course, but one of my biggest surprises was how much my race would play into my campaign. Because I am Asian-American, my campaign has garnered both support and hate from different sources, purely based on my race. Something that I did not realize until I launched my campaign, was that Asian-Americans are the fastest growing minority population in the United States, but are wholly underrepresented at all levels of government.

Canvassing every day for @votenadya ☀️ Today we are finishing up gathering signatures to officially declare my candidacy in the 2017 #cambridgecitycouncil race!

B+C: Have you dealt with the pushback based on your race?

Okamoto: I think you can’t acknowledge it. We just have to keep pushing forward and focus on canvassing. I focus on why I’m doing this and why this matters to me. That’s why I keep going.

B+C: How have young people responded to your run for office?

Okamoto: Most young people don’t look in the mirror and say, “I can run for office.” That’s kind of a new feeling, a new thing that people are pushing for. When young people work on the campaign, and they’re on the campaign trail with me, it gives them a sense of ownership. It makes them feel like a small part of a larger movement for young people to realize their civic duties and their civic rights. Yes, we do get a lot of pushback, but we do get a lot of support because I’m young.

Okamoto: I am running for young people to have direct representation and trust in their government, for families struggling to secure affordable and stable housing, for equitable opportunities in education and employment, and progress toward more sustainable living. Affordable housing is definitely one of my top priorities, and I would like to explore the potential of pushing universities to house 100 percent of their graduate students. Right now, 54 percent of graduate students live off of campus, taking the more affordable living options in the city.

B+C: Why is a young, female representation in politics so important in 2017?

Okamoto: Representative democracy is important because we need to have elected officials that can truly empathize with their constituents. This applies to a base of race, gender, socioeconomic status, and even age. In a world where over half of our population is made up of women, we need to have more women in politics — especially surrounding discussions about reproductive rights, family health care, parental leave, and equal opportunities.

It is unacceptable that right now, less than 20 percent of government positions are held by women in the United States, and by encouraging more young women to see a career in politics as an option, and not only pushing women to run, but also supporting them to win, we can change that.

Okamoto: Our policy platform is constantly changing based on conversations we have with constituents and hearing about the issues that they care about. I think that sets us apart. And also, my personal and professional experience and the fact that a lot of the issues I’m running on are ones I feel personally connected to. I have experience, regardless of my age, in what it’s like to work multiple jobs to help support living costs, or running an organization.

B+C: Who do you look up to, politically and/or professionally, and why?

Okamoto: Former Senator Wendy Davis, for her resilience throughout her life, and her commitment to fighting for reproductive rights. Her story of persevering through a personal background of poverty, adversity with her family, and value on education and resilience, inspires me to be strong and serve others […] I had the pleasure of shadowing her during the 2016 Democratic National Convention, and watching one of my greatest role models in person, who I idolized since her 14-hour filibuster in Texas, was one of the most inspiring experiences of my life.

B+C: What would you say to young women who might be feeling disillusioned about politics or feel like they don’t have a voice or can’t make a difference?

Okamoto: You CAN make a difference, and we NEED you to speak up. If you feel disillusioned about politics, then participate in the conversation to move toward clarity and productivity. Living in the US, around so much technology and in a system that values community and free speech, we all have a voice, and it’s up to us to figure out the best way to use it. Listen. Empathize. Take Action.

Okamoto: The election is November 7, 2017. If you’re living in Cambridge, you can register to vote in the municipal election. Regardless of wherever you’re living, there’s a way to get involved. We actually have an intern abroad right now, because he wanted to get involved in social media and fundraising.

Any amount contributed really makes a difference. You can find out how to get involved or make a contribution at VoteNadya.com.

What female politicians are on your radar? Send us a tip at @BritandCo.