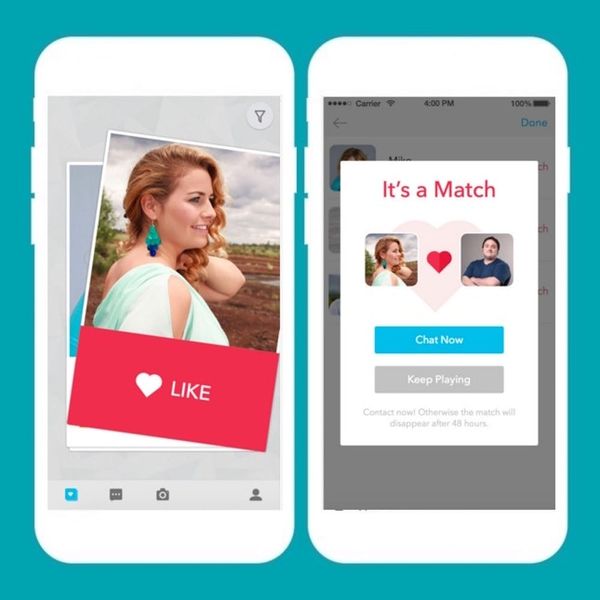 With the exception of a select few, many of us don’t look ready to strut down the catwalks of the Victoria’s Secret Fashion Show tomorrow (and let’s face it, who actually does?!). But we can still ham it up for our online dating profiles. Online dating is so prevalent nowadays (we even gave three of our Brit + Co bachelors dating profile makeovers recently), and many of us have had our share of less-than-amazing experiences. And while online dating is rough going for anyone, being plus-sized can often be an added challenge. But a new body-positive dating app called WooPlus is shaking things up.

The app launched back in October but is now gaining momentum, with the creators telling Mashable earlier this month that 2,000 new users are signing up every day. So far, the app has about 25,000 users in its database. It uses a model similar to Tinder, which is great because it means you can only interact with people you’re also interested in. Plus you can always un-match if the conversation takes an uncomfortable turn.

And you can lay to rest any red flags you might have about this being a fetish app. “Rather than a ‘fetish fest,’ I found people were genuinely looking for relationships, people to just chat with, friendships or hookups — so pretty much the norm for dating apps,” was what Chelsea Frisbie, writer for Mashable, had to say about her experience on the app. But don’t get it twisted. This is an inclusive app — all body types are welcome. You can specify your body type with everything from slim to average to thick — and much, much more.

Another cool feature is the social media side of the app, where users can post photos of themselves and others can comment. “There will always be the inappropriate or lewd comment, but mostly I saw a lot of people being kind, especially women being kind to other women, which I’m all about,” Chelsea writes. How’s that for body positivity?

If you’re thinking of joining though, be prepared to act fast. WooPlus is more similar to Bumble in that if you match with someone on WooPlus, you only have 48 hours to message them before your match is lost forever. But hey, you may score a date for Valentine’s Day ;)

Would you use WooPlus? Tweet us your thoughts at @BritandCo!

Kylie Kendall
Kylie is a freelance writer living in Ottawa, Canada. When she's not writing, you might find her scoping out all-day breakfast spots in her city or taste-testing every bottle of red wine under $10.
Body Positive
Relationships
Body Positive Dating Plus Size
More From Relationships