WTF! The CMAs Just Deleted All Traces of Beyoncé’s Performance 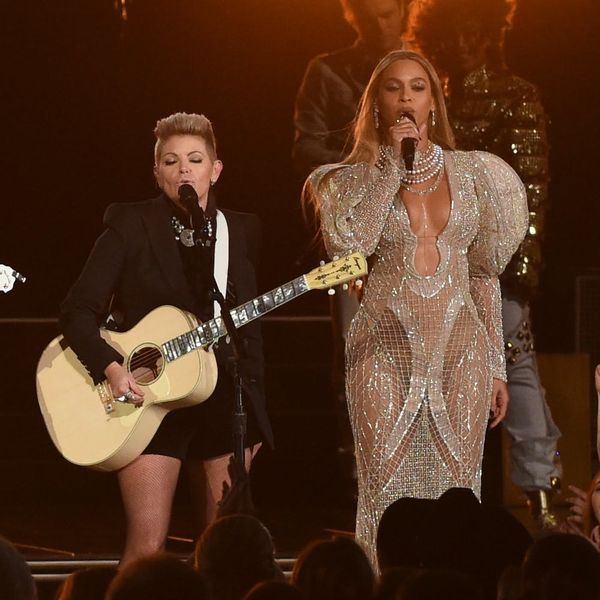 While most people were losing their mind over Beyoncé performing at this year’s CMAs and SO impressed when she took the stage with the Dixie Chicks in what was a truly epic experience, other folks decided to bring the hate. Some threw shade at the singer for her stance on issues like #BlackLivesMatter, while other attacks were disturbingly racist in nature. While many people flocked to Beyoncé’s defense, the CMAs decided to take a different course of action. Instead of defending Beyoncé, they’ve deleted all traces of her performance. WTF?

The internet was quick to notice what the CMAs had done…

CMA erased all evidence of Beyonce performing at the awards last after her appearance sparked racist backlash from some country fans. 🤔 pic.twitter.com/LOngo91jjL

They deleted everything Beyonce-related from their website and social media accounts.

So the CMAs used Beyoncé for an amazing performance then deleted any content showing she performed. #interesting

And they want answers…

.@CountryMusic, why did you delete your tweets referring to @Beyonce's performance at the #CMAawards50?

The CMAs really let racist country fans bully them into erasing anything Beyonce/Dixie Chick's related tweets off their page?

As of yet, the CMAs have not commented on the situation, and neither has Beyoncé. However, the Dixie Chicks did retweet this tweet about the situation, so we know they’re at least aware about what’s going on — and likely, they’re not too happy about it.

So, @dixiechicks make a massive comeback with @Beyonce last night & @CountryMusic tries to cover it up? https://t.co/kDlgbMGdJz #CMAawards50

To be honest, we wouldn’t be, either. It seems like a pretty cowardly move to invite someone to perform, get the benefits of their presence, and turn your back on them when things get ugly. But the CMAs have made their decision, and we really just hope Beyoncé isn’t letting it affect her.

What do you think about the fact that the CMAs have deleted all traces of Beyoncé’s performance? Tweet us @BritandCo!

Desiree O
Desirée O is a ‘Professional Bohemian’ who loves anything and everything related to the arts, entertainment, and pop culture. She ADORES being a ‘Newsy’ for Brit + Co, covering all of the latest tidbits of awesomeness that you want to read about. When she’s not writing, she’s either making messy art, going on long adventurous walks with her camera, or poking around over at bohemianizm (http://www.bohemianizm.com/). You can find out about Desirée O and her work at http://DesireeO.com/ or follow her on Twitter @DesireeO.
Beyonce
Pop Culture
Beyonce