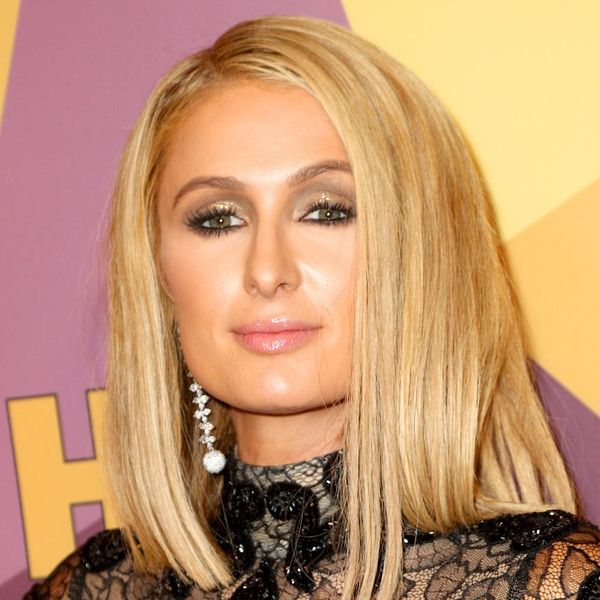 Kim Kardashian West and Paris Hilton go back — way back. As you may recall, back in the early 2000s, the former played the role of stylist and assistant to the recently engaged starlet. Though the two eventually experienced a falling out, they’ve since reunited, with Kardashian West even paying homage to her pal on her 36th birthday with a style tribute that recalled the days of yore. Now, it seems the tables have turned, with Hilton dressing up as her former employee’s clone for Yeezy’s sixth fashion season.

Kardashian West’s husband, Kanye West, tapped Hilton 36, as one of several high profile models to promote his latest wares, and the campaign images are downright shocking. Each and every one of the girls has been transformed into West’s own wife, from their cropped bras and tan boots to their silver platinum locks.

The looks come from a series of staged paparazzi photos the mother of three posted back in October, when she was spotted grabbing McDonald’s and showing off her abs alongside her (still relatively new) hair color.

Now, it’s been revealed that all of the shots were inspiration for her West’s newest collection, with models, including the fragrance queen herself, Kylie Jenner’s bestie Jordyn Woods, Kristen Crawley, Amina Blue, Sierra Skye, Abigail Ratchford, Sami Miro, Sarah Snyder, and Shannon and Shannade Clermont giving off their best Kim K vibes while being snapped around town for the campaign.

What do you think of the Yeezy Season 6 photos? Tweet us @BritandCo.

Arielle Tschinkel
Arielle Tschinkel is a pop culture junkie who went to NYU because the Olsen twins went to NYU (really). She is a freelance writer whose work has also been featured on HelloGiggles, Refinery29, SheKnows, Bustle, Hollywood.com, and many others; and she's living her dream one Britney Spears GIF at a time. Follow her on Twitter @mrstschinkel or visit her website at arielletschinkel.com.
Celebrity Style
Style News
Celebrity Style Friends Kardashians Style
More From Style News