Every Major Celeb Who Was (and Wasn’t!) at Yeezy Season 5 Fashion Show 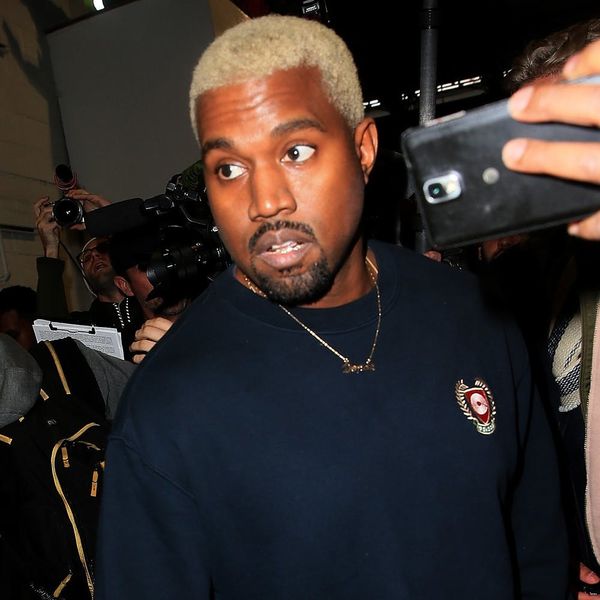 The road to showing Yeezy Season Five during New York Fashion Week was a rocky one. After Kanye West upset the fashion industry big time last September with all the drama surrounding his Season Four show, including long wait times in the scorching heat, several editors vowed to stop attending them altogether. Then Yeezy ticked off the CFDA when he set his own schedule. Ultimately, the Life of Pablo artist made nice by choosing a different slot time, settling on February 15.

The show took place at Pier 59 in Manhattan and featured his clothing that was inspired by his home in Calabasas. As far as the actual pieces that debuted, well, it’s more of what we’ve seen in the past: oversized sweatshirts, military-inspired pants, over-the-knee boots and furs. The real questions are more about who was there, who wasn’t and which Kardashian-Jenners modeled. Read on to find out everything!

2. And Also His Wife: Of course Kim Kardashian, dressed head-to-toe like a burgundy bae (shade to Koko, Kendall and Kourt’s Instagram that time), was there.

3.Kylie Jenner, Too: Although the youngest Kardashian-Jenner made her modeling debut in Yeezy’s 2015 show, this season, like last year, she attended as a guest — and a fashionably late one to boot. She and boyfriend Tyga were late, missing the first couple looks. Kanye waits for no one.

5.Models, Of Course: Unlike past year’s, Kanye presented his collection pretty much on time, kicking off with a live video of models, including Somali-American model Halima Aden (who wore her hijab), Instagram influencers Luka Shabbat and Amina Blue. The models were first projected onto a large box in the middle of the room in a live stream to The-Dream’s cover of J. Holiday’s “Bed,” and then they walked the runway to give attendees a second look.

6.No to These Jenners: Noticeably absent? Kendall Jenner. The model missed out on her bro-in-law’s show as she was busy walking the Anna Sui runway, with her momager Kris Jenner cheering her on. Khloe Kardashian and Kourtney Kardashian were also no-shows.

The whole event was so low-key, Kanye didn’t even come out for a bow at the end of the show. And so friends, it seems that without all the drama that we’ve become accustomed to with Kanye and Yeezy Season, this was just about the clothing.

What do you thinking of Kanye’s calmer showing? Tweet us @BritandCo!

Channing Hargrove
Channing Hargrove is a freelance fashion editor and writer in New York City. When she isn’t writing about clothing (or shopping, for research, of course), Channing is writing about life in a tiny studio apartment in a big city — and what she’s wearing — on her blog, Channing in the City.
Celebrity Style
Style News
Celebrity Style Kardashians NYFW
More From Style News