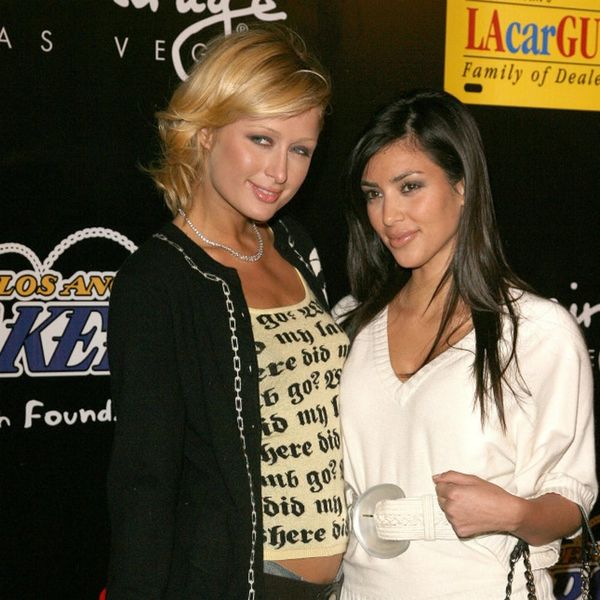 The early 2000s were a much simpler time. Sure, fashion was questionable at best, but it was the dawning of the reality show era heralded by Paris Hilton. In the time of Juicy tracksuits (which have finally been laid to rest), all eyes were on the Paris and her then-BFF Kim Kardashian-West, but the two have since stopped talking to each other, and Paris eventually left the spotlight while Kim became the most famous-for-being-famous person in Hollywood. Now, the pair have been reunited, and the photo is everything we could have imagined.

Paris attended Kris Jenner’s annual Christmas Eve party, where the reunion happened. Kim has been slowly sneaking back on to social media and the pose with former pal Paris has us taking a trip down memory lane. While the former pals haven’t always had nice things to say about each other in the press (Paris famously insulted Kim’s famous rear in an interview in 2008), the two appear to have let their past stay there and are forgiving and forgetting.

Kim and Paris were inseparable in the late ’90s and early 2000s, with Kim “playing” Paris’s stylist and assistant on The Simple Life. Kim was obviously taking notes, and while social media was in its early days, she took hold of everything she learned from Paris and Kim’s star rose while Paris’s fell. Paris regularly has spoken about how she “made” Kim famous, but we’re sure that Kim just took what Paris taught her and did it better.

With Kim having been out of the spotlight for the last few months post-robbery, maybe she’ll lean on her former friend again to learn how to live outside the spotlight after being the most famous non-celebrity around. Or, maybe she’s just getting back into her regular Kim self and jumping in again the way she started: with Paris Hilton by her side.

Have you ever reconnected with a friend? Tell us how it went @BritandCo!