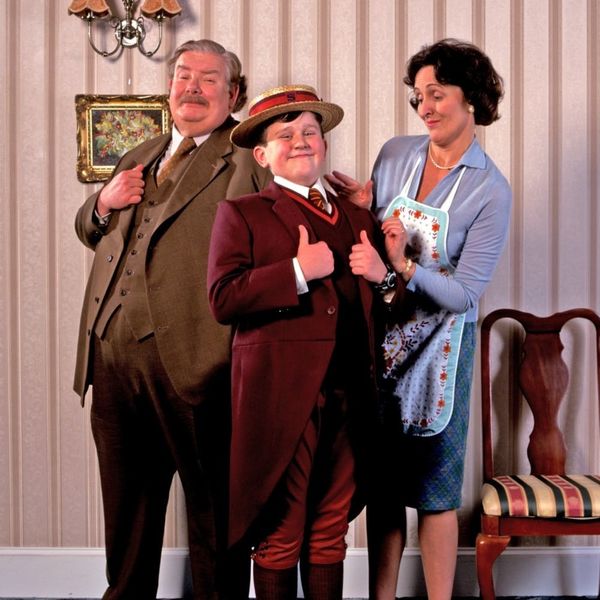 We love pretty much everything and everyone from the Harry Potter universe (even this Harry Potter + Beauty and the Beast mashup that totally messed with our heads while melting our hearts). Though, if we’re being honest, there were a few minor exceptions. One of those would be Harry’s dreadful cousin, Dudley Dursley, who the young wizard lived with as a child. Played by actor Harry Melling (yep, the actor who stepped into the role of Harry Potter’s cousin is named Harry IRL), the bratty boy is all grown up, and you won’t believe what he looks like now.

Making an appearance at The Lost City of Z UK premiere in London last night, anyone who hasn’t seen Dursley, er, Melling in a few years would certainly need to do a double-take before being able to pin him down. Seriously, whoa.

Although when you’re aware that this is Dudley all grown up, you can totally see shades of the kid he once was. Now 27 years old and still acting, he has an appearance in The Lost City of Z, which also stars Charlie Hunnam and Robert Pattinson. We can’t wait to see Harry in action again when The Lost City of Z comes out on April 14 — let’s just hope this time his character is a little less spoiled.

Are you surprised by how Harry Melling has grown up? Let us know @BritandCo!