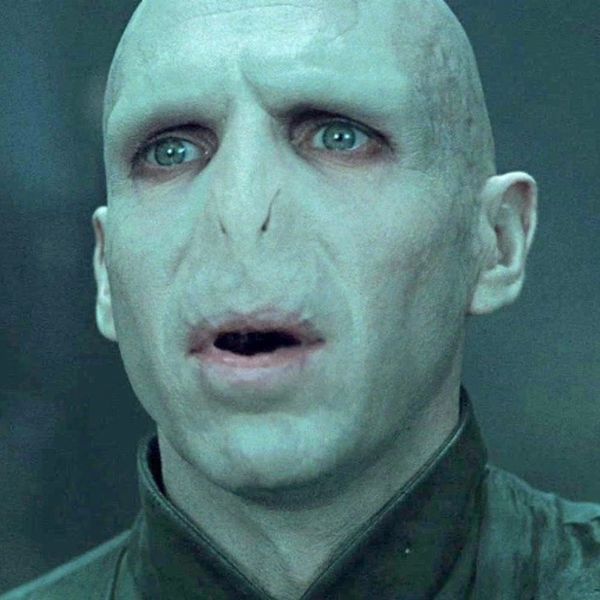 We love Beauty and the Beast just as much as we love Harry Potter (natch), which is why you’d think a mashup of the two would be fantastic, especially with a new live-action version of the tale as old as time coming out soon. But this particular pairing of the films is so wildly unexpected that it will totally mess with your mind (and your heart).

The obviously weirdly brilliant folks over at PistolShrimps decided to let their imaginations run wild and see what it would be like to not only mash up two of our fave fictional tales, but to also create a romance between heroine Belle and villain Voldemort.

Yep, you read that right. Not a romance between Belle and Harry. Not the Beast and Hermione. Not even Belle and Hermione (whose book-ish, courageous ways would totally make them BFFs or baes, TBH).

But, yes, Belle (as a witch) and Voldemort (as the beast).

It’s weirdly romantic. It’s strangely hilarious. And it’s right here for you to check out for yourself.

What do you think about the Belle + Voldemort romance? Tweet us @BritandCo!

Desiree O
Desirée O is a ‘Professional Bohemian’ who loves anything and everything related to the arts, entertainment, and pop culture. She ADORES being a ‘Newsy’ for Brit + Co, covering all of the latest tidbits of awesomeness that you want to read about. When she’s not writing, she’s either making messy art, going on long adventurous walks with her camera, or poking around over at bohemianizm (http://www.bohemianizm.com/). You can find out about Desirée O and her work at http://DesireeO.com/ or follow her on Twitter @DesireeO.
Disney
Pop Culture
Disney Harry Potter
More From Pop Culture