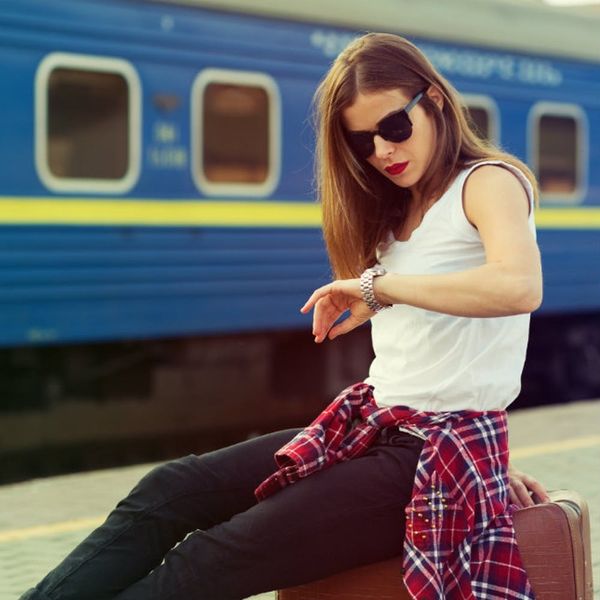 One of the best things about traveling the world is getting to learn all about different customs and cultures. From food and social practices to local art, there’s an endless amount to discover about the amazing countries you visit. Part of having those experiences is trial and error, especially when it comes to timing. Whether people arrive on time, a little late or extremely late varies widely from country to country. As a traveler, not knowing when to show up for things can cause problems like missed trains or being super rude, so we decided to poll a travel-savvy group of ladies to find out exactly what clock different countries are on. This is by no means an exhaustive list, but if you happen to be traveling to any of these places, you’ll probably appreciate the heads-up!

COUNTRIES Where it’s 100 PERCENT okay to be Late

1. Greece: “When I studied abroad in Greece, I was warned that the ferry schedules were more of a guideline than something to plan a trip around. Apparently, multi-hour delays were not unheard of. But then again, the easygoing way of life there was part of what I loved about the culture, and there was always someone willing to talk to you while waiting.” — Auburn

3. Spain: “It took me awhile to get used to the fact that I could show up for appointments late when I lived in Spain. I finally learned after about five hair, nail and doctor appointments that if you arrive on time, you’re going to wait at least a half hour anyway. So you might as well just show up 15 to 30 minutes after your scheduled time slot. The same goes for going out to dinner or meeting friends for drinks, except I’d say you should show up at least an hour later than the agreed upon time.” — Rachel

4. Ecuador: “When I was living in Ecuador, the government had to make a rule that you had to be at meetings within some absurd time of when it started (it was like an hour) because they were losing so much productivity from people showing up late. I’ve never been a minute late for anything in my life, so it was quite an adjustment for me.” — Naomi

5. The Republic of Georgia: “I thought I had a tendency to be late… nothing like the Georgians! I lived there off and on in my late 20s. Time itself is basically inconsistent there. ‘Georgia time’ means hours late, but it’s actually on time for them. Buses leave whenever they feel they’re ready to depart. It was surprisingly frustrating at first, but it was a great way to live in the present!” — Crystal

6. Cuba: “My husband is from Havana, and I’ve spent a lot of time there in the last 15 years. During my first trip there, the bus driver stopped to buy fruit and chatted up people at bus stations. The four-hour trip took six. And if anyone says they’ll be ‘right over,’ expect them to take another two hours — minimum.” — Melanie

7. South Africa: “People are always (charmingly) late in Cape Town. It’s a culture of lateness, so much so that there are three different terms for ‘now,’ and not one of them means ‘now’ as we understand it. There is NOW, which means eventually (maybe!); then JUST NOW, which means later; and finally NOW NOW, which means soonish. I’m not even sure if there’s actually a term for now, as in this second!” — Sandra

8. The Philippines: “In the Philippines, everyone’s late all the time, especially in the cities. You just can’t predict how long you’ll have to sit in traffic. We could go pick up my cousins at school at 3pm and get home at 4pm, or at 6pm.” — Adrienne

9. Morocco: “There’s no time given for appointments. Usually they are ‘morning’ or ‘afternoon.’ For meetings, it’s something like ‘after Asr prayer,’ meaning sometime after the afternoon prayer (in the Muslim faith) but before the night prayer time.” — Amanda

10. France: “It’s an in-between country. In Paris, when you’re invited to dinner, it’s actually kind of rude to arrive on time — the hostess is probably still in the shower. You’re supposed to be about 15 minutes late, but more than half an hour late is rude. After living in Paris so long, my time sense is French and I find other countries stressful. The French are relatively punctual, but you usually have 15 minutes leeway. Very sensible.” — Julie

1. Switzerland: “You’ll get a train route with two-minute connections and it all works out just fine. If your train is three minutes late, they’re profusely apologetic.” — Kat

“I was on a tour in Switzerland once where the guide was so time-focused that he kept saying things like ‘We have to go; we’ve been here seven minutes already!’ and ‘Hurry up, lunch is waiting!’ Later on, our group was at dinner with a different host and decided to go to a pub afterward. When we asked the host how long it would take to walk there, she said, ‘Eleven-and-a-half minutes.’ Not ’10-15 minutes’ as I would have said, but eleven-and-a-half. That’s how specific the Swiss get about time.” — Annika

3. Japan: “I lived in Japan, and a rule of thumb is that if you arrive five minutes early for anything (a meeting, social engagement, to catch a bus, etc.), you’re on time. If you arrive on time, you’re late. I learned this the hard way by arriving one minute late (I kid you not) for a work event that required a mini-van to transport us to a venue. My one-minute tardiness resulted in the van leaving without me, as it left AT the set meeting time. Also, trains depart literally to the minute (e.g. 10:23am), so if you get to the train station at 10:22am, you have a minute to get on that train, because it starts moving at 10:23.” — Ang

4. Germany: “We were meeting a real estate agent in Munich, and were five minutes late. The agent had left in anger by the time we arrived. And when a German friend came to visit us in NYC, he was mortified because he was three minutes late to dinner.” — Julie

5. South Korea: “I spent a month in Seoul, where restaurants stop accepting customers an hour before they close, things often close early and the trains (!!!) run *early* from time to time. I met my friend’s Korean parents, and they were 30 minutes early. I had no idea how to deal.” — Najva

Have you traveled anywhere where the time customs surprised you? Tell us about your experiences @BritandCo!

Julia Malacoff
Julia is a writer, editor and proud life-long vegetarian based in Brooklyn, NY. An avid traveler, meditation enthusiast and exercise junkie, she stays active in every new locale she visits.
Travel
More From Travel