10 of the Craziest Met Gala Dresses Seared into Our Memories 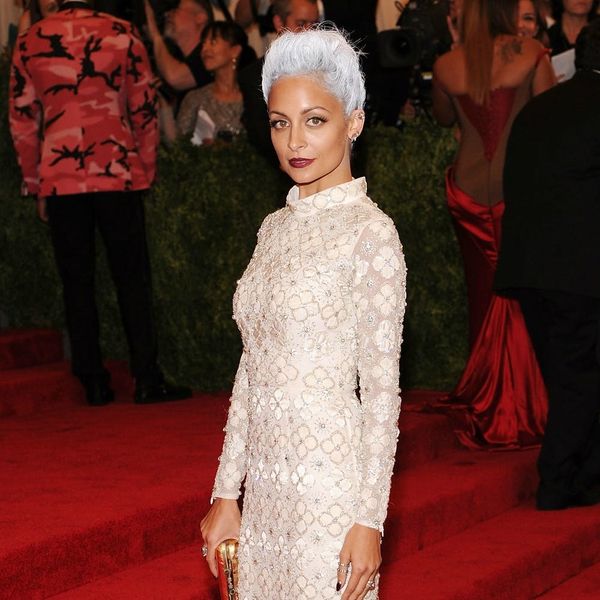 The Met Gala, AKA the Costume Institute Gala, AKA the Met Ball (or, as we like to call it, THE most lavish night in fashion) will be rolling around once again this Monday to celebrate the unveiling of the Costume Institute’s annual themed fashion exhibit (second only to Think 1994’s Olsen Twins Hiding from the Paparazzi exhibit). So, per usual, all of the brightest stars in Hollywood will be flocking to the Metropolitan Museum of Art in New York to rub elbows with one another. With an estimated 650 to 700 attendees, including A-listers and philanthropists alike, there’s bound to be some serious fashion moments in the works.

As we wait patiently for Monday to HURRY UP, let’s take a look back at 10 of the craziest ensembles to ever be donned on the Met Gala red carpet.

1. Sarah Jessica Parker: Oh, SJP! Our love for Ms. Parker knows no bounds, and clearly, she feels the same when it comes to fashion: Just look at that show-stopping headpiece! Rocking a look Carrie Bradshaw herself would approve of, Sarah deserves major kudos for taking last year’s theme, China: Through the Looking Glass, next level. (Photo via Dimitrios Kambouris/Getty)

2. Kim Kardashian: Who could ever forget the dress that launched a thousand memes?! When Kim K, then pregnant with North West, arrived at the 2013 gala, there wasn’t a single person alive who wasn’t wondering what poor grandma’s couch she had robbed. For the record, we still have no clue! (Photo via Jamie McCarthy/Getty)

3. Miley Cyrus: The 2015 Met Gala gave Miley Cyrus the perfect excuse to “just be Miley,” and we all collectively held our breath to see what kind of craziness she would deliver. Boy, did she ever surprise us by (sort of) covering up, while simultaneously rocking some dangerously low cutouts and bold head-to-toe studs. (Photo via Andrew H. Walker/Getty)

4. Rihanna: Let’s take just a minute of silence to pay homage to RiRi’s lush yellow jacket/cape/I Run This Town statement piece. This China: Through the Looking Glass showstopper required an entire team of stylists to help her carry it up the steps. *Bowing down* to you, Ri! (Photo via Neilson Barnard/Getty)

5. Madonna: Seeing Madge without pants isn’t anything new, but the bizarre mix of fishnets, blazer and hot pink heels she rocked to complement 2013’s PUNK: Chaos to Couture theme was definitely more chaos than couture. (Photo via Jamie McCarthy/Getty)

6. Lupita Nyong’O: 2014’s Charles James: Beyond Fashion themed gala was a tad more demure than we’ve seen in past years, but when the beautiful Lupita showed up in this feather-covered fishnet number, we got the touch of ‘OMG’ we were waiting for. (Photo via Larry Busacca/Getty)

7. Nicole Richie: From wild child to fashion mogul, Nicole Richie has certainly come a long way when it comes to couture, as she proved to the world in this PUNK: Chaos to Couture getup. Perfectly balancing edgy and classic, Richie showed off one of our favorite Met Ball looks EVER: We’re even digging that white, extraterrestrial hair. (Photo via Jamie McCarthy/Getty)

8. Marc Jacobs: Hmmm, where do we even begin with this one? Designer Marc Jacobs arrived at 2012’s Schiaparelli and Prada: Impossible Conversations gala with some serious arm candy (then-fiancé Lorenzo Martone) in THIS confused look. Between the see-through shirt and Baroque shoes, this is certainly one we’ll never forget. (Photo via Dimitrios Kambouris/Getty)

9. Beyoncé: Does it get any more fierce than Queen Bey at the 2015 Met Gala? (Hint: The answer is no). Leaving little to the imagination, Beyoncé worked the red carpet at last year’s event like it was her own personal catwalk. Add to that a flawless complexion and high ponytail, and we’re in awe. (Photo via Andrew H. Walker/Getty)

10. Coco Rocha: Fact: When you ask supermodel Coco Rocha to pay tribute to punk, she’ll go all out. From the fierce bangs to the look-at-me leopard print, there’s nothing about this getup that doesn’t practically scream, “I’ve arrived!” We love bold risk-takers, and she is certainly one of ’em, so kudos to you, Coco! (Photo via Jamie McCarthy/Getty)

Which Met Gala look was your all-time favorite? Tweet us @BritandCo!