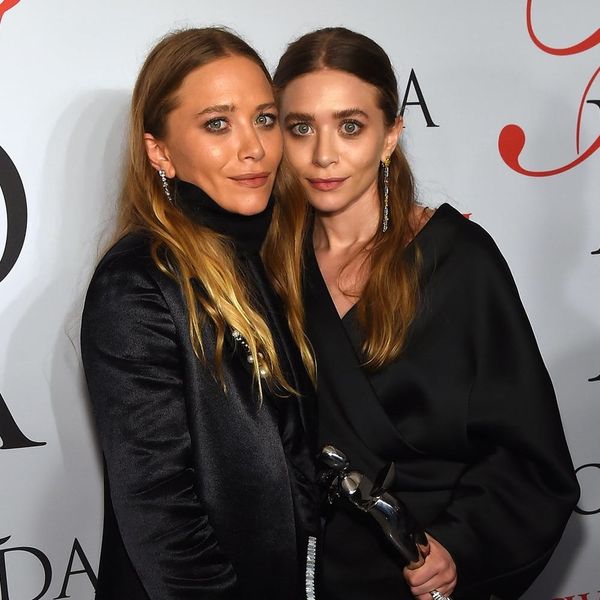 Chicago artist Laura Collins admits that she’s fascinated with the Olsen twins. This makes sense for someone who would paint an entire exhibit’s worth of their paparazzi photos with loving and meticulous attention to every highlighted hair strand and clutched Marlboro box. But Collins, a down-to-earth brunette with a friendly Midwestern lilt, assures us that she’s only obsessed “to a healthy degree.”

So when Collins announced on Facebook that she would be embarking on a painting collection devoted to everyone’s fave Venti Starbucks cup-toting fraternal twins, it was inevitable that she’d catch attention. As it happened, some of that attention belonged to Brooklyn comedians Matt Harkins and Viviana Olen, whose Think 1994 museum in a (barely) converted Williamsburg doctors’ office is now hosting an Olsen twins art exhibit. That’s right: An entire museum space dedicated to the pint-sized fashionistas of the not-pint-sized sunglasses.

For better or worse, it isn’t quite the absurdist diorama-centric exhibition that the Harkins and Olen originally pitched on their Kickstarter page. Instead, Olsen Twins Hiding From the Paparazzi delivers an interactive experience that centers around Collins’ truly excellent paintings (which you can buy for yourself from $600 to $800 a pop) and artist Lauren Brescia’s mixed-media imagining of Mary-Kate’s wedding that’s a salve for all of us left off of her guest list. Lest you ask yourself: “But what about my other fave paparazzi-stalked celebs?” (don’t cry, that mascara runs), rest assured that your girls Kylie J and Real Housewives of Beverly Hills’ Lisa Vanderpump make guest appearances.

The exhibit, which opened Friday, runs to May 1. For those who want to experience Williamsburg at its most Williamsburglandia, Olsen Twins Hiding from the Paparazzi is a can’t-miss adventure — and the Twittersphere agrees, btw.

Which celebs do you want to see immortalized in a museum exhibit of their very own? Tell us @britandco!