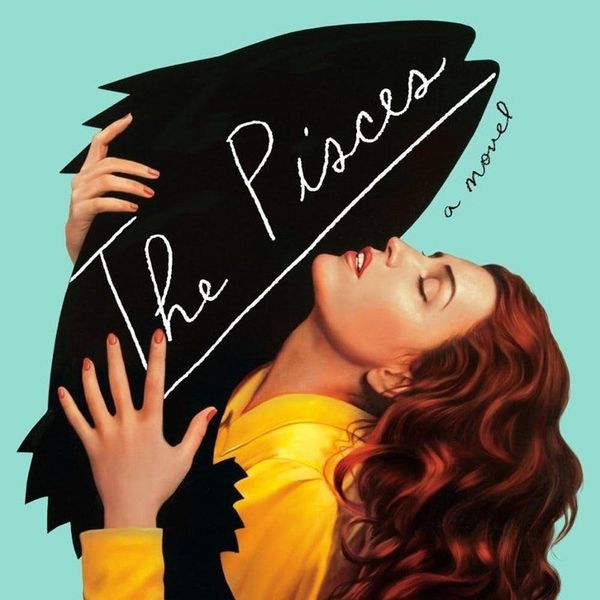 With new books being released every day, finding your next read can sometimes be overwhelming. Whether you’re a fan of dystopian fiction, captivating memoirs, or uncommon love stories, there’s an exciting read for every book lover for 2018. If you’re looking to stock your #TBR pile with new favorites, these are the titles you won’t want to miss this year.

After the devastating effects of a nuclear war and a worldwide plague, 23-year-old Lynn McBride no longer recognizes the place she calls home. Escaping the wrath of illness and destruction, the McBride family exile themselves to Canada, where they must learn to hunt, trap, and farm for survival. Just as life seems to settle into a routine, Lynn will have no choice but to work with a stranger. In The Wolves of Winter, readers are taken on a post-apocalyptic journey through the great Canadian Yukon where one family will be tested and unexpected bonds are formed. If you loved Station Eleven, add this to your pile immediately.

Ada was the miracle child her parents had always hoped for, but as signs of mental illness began to arise at a young age, they realized that they weren’t ready to be parents. As Ada leaves her home in Nigeria to attend college in America, one earth-shattering event will lead her to hide behind her other identities and force her down a dark path. Told with the voices of Ada’s multiple selves, Emezi’s intense debut novel about growing up with multiple personality disorder gives readers a new perspective on the effects of mental illness.

In Tamirat’s debut novel, a teenage girl and her father have taken up residence on a remote island after leaving everything from their prior lives in Boston behind. As the narrative switches between past and present, the duo’s motives for moving are made more evident with the introduction of parking lot attendant and hustler Ayale. When our narrator becomes further enthralled with this mysterious man, she’ll find herself caught up in his dangerous schemes. This enticing coming-of-age tale is a critical story about identity and the importance of every choice we make.

Andrea Morales’s strict Catholic upbringing kept her in the closet for the entirety of her young life, but after moving to Portland, she was finally able to embrace her true self. On the mend from a bad breakup and a friend’s betrayal, one drunken night ends in a hookup that leaves her pregnant but intent on keeping the baby. In this humorous and warm story, Andrea will have to come to terms with her past as her daughter Lucia starts asking questions about the father she never had the chance to meet.

In his first book, Ron Bahar brings readers a fictionalized retelling of his life growing up in Lincoln, Nebraska. Born to two Israeli immigrants, Ron always knew how important it was to please them. As he falls in love with a non-Jewish girl and pursues his passion for music, he’ll begin to realize that being happy and pleasing everyone is easier said than done. A story about the allure of sex, drugs, and rock and roll, this coming-of-age fiction is the novel you’ll want to get lost in this spring.

A true story about leaving the Jehovah’s Witness faith, Shunned is an honest memoir about a courageous woman. Linda Curtis had always been loyal to her faith, but after an encounter with a respected coworker, she begins to question everything she’s ever known about her life and beliefs. Deciding to leave the Jehovah’s Witness community and divorce her husband, Linda is shunned from her safe life and finally free to lead an existence free of strict rules and obligations. This shocking story about a fearless woman’s journey to find herself is one inspiring read you’ll want to get your hands on this year.

Lucy has officially hit rock bottom in The Pisces. After a difficult breakup with her boyfriend, she’s invited to spend the summer at her sister’s Venice Beach home, dogsitting and looking for a new start. As she begins to come to terms with her failed relationship and love addiction, Lucy encounters Theo — an enchanting merman. As the two grow close, Lucy will start to rethink what she knows about romance and life in this unique love story about finding the courage to mend a broken heart.

Rachel Kushner’s forthcoming novel about a mother serving two consecutive life sentences gives readers a compelling look at what life is like in a women’s prison. Romy Hall has officially been cut off from the outside world and her son Jackson after being incarcerated for a heinous crime. Calling Stanville Women’s Correctional Facility her new home, Romy will learn how to get by in a world of inmates, guards, and crazy prison antics. If you find yourself regularly binge-watching Orange Is the New Black, this novel should be at the top of your queue.

While Kat Jenkins and Stef Huntington never had much in common, when Kat’s son Ethan goes missing during a class field trip, the two will find their worlds beginning to collide. All Stef knows about Kat is the rumors she’s heard about her painful past, but as the two mothers desperately search for answers about Ethan’s disappearance, they’ll learn that they can only trust each other. A suspenseful women’s fiction novel, Three Days Missing is the perfect read for those who love twisted endings and thrillers that keep you on your toes.

A fascinating story of two women living a generation apart and their connection to the real historic Miss Subways campaign, Schnall’s new novel is a captivating read for anyone who loved Fiona Davis’s The Dollhouse, and will be the perfect addition to your summer reading beach bag. When Charlotte’s dreams of an advertising career are crushed, she’ll find herself engrossed in the 1949 Miss Subways beauty contest where new friends will lead her to take big risks. Almost 70 years later, Olivia, an advertising executive from New York, will use the famous campaign to boost her career. As she digs deeper into the world of Miss Subways, she’ll come to find she has a personal connection to the event that will forever change her life.
She Reads
Books
Creativity
Books Goods
More From Creativity