12 Brand New Books to Binge in May 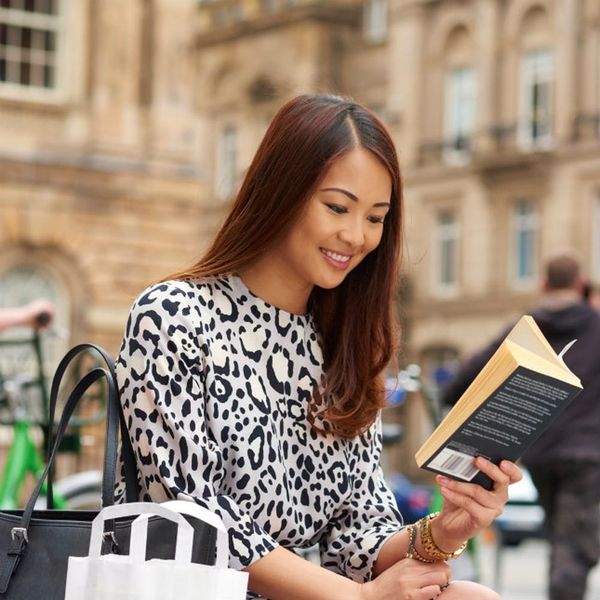 As our personal and professional lives start to get busier and busier, we’ve decided to take a few practical steps to avoid career burnout and keep our mental health in check this summer. So along with our weekly self-care pamper sesh (which include K-beauty skin masks and a BIG glass of rosé), we’ve decided to schedule in some quiet reading time. Treat yo’self with these 12 must-read books out this May.

It’s been three years since Lilian Girvan lost her husband in a car accident, and she’s just starting to get the hang of being a widow. But even though she’s becoming a pro at tackling daily life, she’s still struggling to move beyond her gut-wrenching tragedy. Luckily, one gardening club and a band of quirky women with green thumbs just might help her see the sunlight… #plantladies unite!

If you fell in love with Hawkins’ debut thriller The Girl on the Train, you’re going to *swoon* for her newest literary undertaking. After a single mother turns up dead at the bottom of a small town’s river, the history and secrets of the dark waters are unveiled. Get ready to sleep with the lights on, folks!

At just 19 years old, Kathy McKeon was hired as the personal assistant to former first lady Jackie Kennedy. For the next decade of her life, she witnessed everything from Jackie and Aristotle Onassis’s courtship to Robert Kennedy’s assassination… all from the side of one of the most elegant women in America.

Poor Rachel is having a rough go at life lately. After having a mental breakdown covering the Haiti earthquake, her husband divorces her and she loses her job (which eventually leads her to become a digital shut-in). Dennis Lehane’s newest psychological thriller is FULL of twists and turns. Don’t be surprised if you end up binge reading it overnight.

After Kevin Kwan drew you into his insane world with Crazy Rich Asians and China Rich Girlfriend, the Shang-Young clan is back with even more drama and fortune. This time, Nicholas Young’s grandmother, Su Yi, is on her deathbed, and the entire extended family rushes over to vie for her massive inheritance, which includes the trophy estate of Tyersall Park. Get ready for a ton of backstabbing and even more Prada, ladies.

<em>The Girl Who Knew Too Much</em>

Transport yourself into the red carpet lifestyle of the 1930s with this seductive new read from Amanda Quick. After finding a beautiful actress dead in the Burning Cove Hotel, rookie reporter Irene Glasson starts investigating. Powerful people look to suppress the shocking information she finds, and it becomes clear there’s more at stake for Irene than losing the latest scoop. If you love stories set in the gritty glamour of early-20th century Hollywood, you’ll inhale this read.

We fell in love with Harper Lee after To Kill a Mockingbird and were heartbroken when we heard the news of her passing last year. Luckily, her long-time friend and pen pal Wayne Flynt is offering up his collection of letters and correspondence for fans everywhere to learn a little more about the literary legend.

<em>All Over the Place</em>

After getting laid off from a job she loved, Geraldine DeRuiter decided to travel the world. Faced with many (albeit hilarious) problems like learning to read a map and being terrified of pigeons, here she recounts her cross-continental journey in an epic memoir that will GUARANTEE to have you belly-laughing.

If you haven’t heard of Ashley Graham yet, go forth and Google. Seriously, we’ll wait. In her new collection of essays, plus-size supermodel Graham shares her perspective on the evolution of body image, her path to accepting her size without limiting her dreams, and all the fun extras that come with being a high-powered fashion model in today’s industry.

This award-winning novel is shockingly timely. Told from the perspective of Polly, an undocumented Chinese immigrant who goes missing, and her son Deming Guo, who is later adopted by well-meaning white professors, this moving story is definitely a must-read of 2017.

Whether you know her from Precious or Empire, Gabourey Sidibe is *definitely* not the kind of #girlboss that you forget. In her new memoir, Sidibe discusses her family life (including her polygamous father and hardworking mother who supported her kiddos by singing on the subway), her awkward first job, and a handful of life-lessons on friendship, depression, hate, and weight.

Looking for a second chance at love after her husband leaves her for another woman, Stella Grey does what most of us would do: drinks a whole lot of wine, binges on ice cream, and then dives into the scary world of online dating. In her memoir, Grey discusses her 693 days of online dating — from baffling online encounters to cringe-worthy IRL meet-ups.
Ashley Macey
Ashley Macey is a lifestyle freelance writer who loves all things fitness, wellness, and creativity. When she's not exploring her home in the Pacific Northwest with her dog Max, you'll probably find her curled up with a good book and some hot tea. Follow her daily jaunts on Twitter.
Books
Creativity
Books
More From Creativity