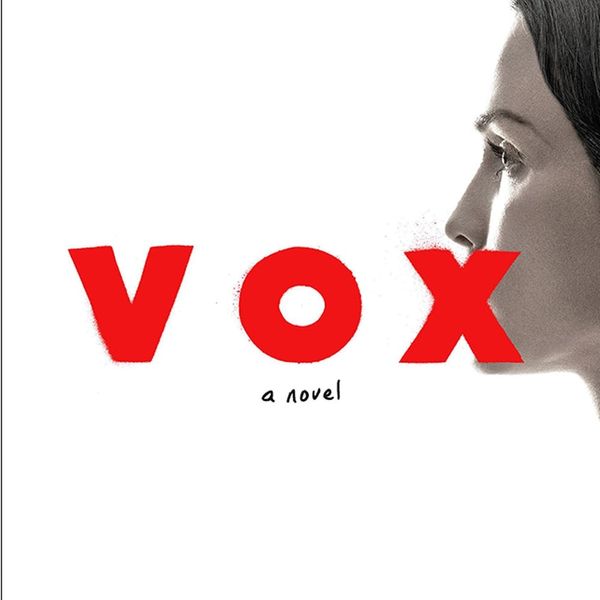 Every morning you wake up excited to receive a push notification from the countdown app on your phone saying how many work days you have left until it’s time to jet off to your summer vacation. And today the countdown finally reached single digits! So now that your trip is fast approaching, it’s time to stop procrastinating and actually get your luggage out of storage, all of the travel essentials packed, and set your vacation OOTDs. It’s also time to start the hunt for the perfect read to stash in your carry-on and beach bag. Whether you’re looking for a thought-provoking poetry collection or a bingeable thriller, here are 13 new books coming out in August that are vacation must-haves.

Rye Mallett is a fearless pilot who isn’t afraid to bend regulations to make deadlines. Contracted to deliver a mysterious black box to a mysterious figure known only as Dr. Lambert, Rye agrees to fly to a completely fogbound northern Georgia town. But when a sabotage attempt makes him crash land the plane, Rye is greeted by another figure named Dr. Brynn O’Neal, who says she was sent for the box on Dr. Lambert’s behalf. Following the next 48-hour race as Rye and Brynn dodge law enforcement and hired thugs to protect this strange box, this high-stakes novel is the ideal summer beach read.

After a traumatic event at college years ago, Grace has put her promising music career on hold and instead built a quiet life for herself in a small English village repairing instruments and secretly dating a married man named David, who is helping her rebuild her life. But when David spontaneously saves the life of a woman on the Metro, the fame outs their relationship and causes Grace to hit rock bottom. Now it’s up to her quirky friends to help her get back on her feet in this sweet-natured summer read.

Author Kristi Coulter dives into her unique journey of quitting her alcohol habit and all the things she learned while getting sober in this touching memoir told in individual essays. Equal parts witty, hilarious, and hard-hitting, Coulter touches on everything from cultural critiques to an in-depth look at great female friendships.

<em>The Prisoner in the Castle</em>

It’s the height of World War II and former spy Maggie Hope is imprisoned in Killoch Castle, located on a remote Scottish island. With all the spies on the island trained in combat, it’s no surprise that incidents in the prison occur. But when prisoners start dropping dead at an alarming rate, Maggie must find the culprit of the gruesome murders before she’s next on the kill list.

At 31 years old, Maeve Higgins decided to leave her home in Ireland to search for something more in the glamour of New York City. A hilarious and pointed essay collection detailing everything about her geographical and metaphysical transition — from the non-ironic significance of realizing what sort of shelter dog you would be to questioning whether clapping too loudly at a gig is enough reason for breaking up with someone. Seriously, put this book on your to-read pile pronto!

Candace Chen is a Chinese-American millennial gal who is committed to her mundane routine. So when a plague called the Shen Fever sweeps NYC, she barely notices that everyone is fleeing until she’s entirely alone. But photographing the abandoned city as the anonymous blogger NY Ghost won’t solve her apocalyptic problems. When she encounters a group of survivors traveling to a place called the Facility, where the leader promises they will have everything needed to restart society, Chen must make an important decision that could alter her entire life. This unique apocalyptic satire is a quirky coming-of-age tale that is wholly refreshing.

Founder and CEO of Create & Cultivate Jaclyn Johnson details her unique professional career path in this captivating memoir about redefining the meaning of work on your own terms. Part memoir, part inspirational mood board, and part detailed business guide, Johnson couples her own business acumen with stories from leading female entrepreneurs — from Refinery29’s Christene Barberich to ban.do’s Jen Gotch — to encourage bosses around the world to embrace failure, cultivate the career of their dreams, and create their own WorkParty.

If you’re still reeling from The Handmaid’s Tale season two finale, you’re going to want to immediately pick up a copy of Christina Dalcher’s shocking feminist rallying cry. The government has just decreed that women are no longer allowed more than 100 words per day and Dr. Jean McClellan, an American linguistic scientist and mother, is in shocked. Fitted with tiny bracelets that act as word trackers, Dr. McClellan will embark on a treacherous journey to make herself heard and protect herself and her daughter.

Ohio is both a classic murder mystery and thought-provoking social commentary. Markley invites readers to reflect on the undeniable problems of a generation by following the events of one summer night in 2013 when four former classmates embark on unique missions in their hometown. Tackling the opioid crisis, recession, war, and the unrelenting pain that follows a generation who grew up knowing only hardship, this beautifully written novel is not to be missed this August.

Andrea thought she knew everything about her mother Laura, who happily spent her whole life in the small beachside town of Belle Isle. But when a routine trip to the mall explodes into violence, Andrea meets a different version of her mother — one that she’s been diligently hiding for 30 years. With her old identity exposed, the police are asking questions that Laura won’t answer. Desperate to find the truth and secure her future, Andrea must investigate her own mother’s past in this heart-racing mystery.

Scandal has fallen onto Upper East Side’s Frances Price, widower of an infamously immoral litigator whose tabloid death has made the Price family social outcasts. With nasty rumors and impending bankruptcy surrounding them, Frances Price, her adult son Malcolm, and her cat Small Frank (who Frances believes houses the spirit of her late husband), make the trek from New York City to Paris in a hilarious attempt to run away from their privileged problems.

Former journalist Mercer Hennessey is still grieving the loss of her husband and toddler when she is approached by her former editor to write a book about an ongoing murder trial. The trial surrounds Ashlyn Bryant, who is accused of killing her young daughter. She wrestles with unreliable sources, multiple truths, and plenty of twists and turns. This highly anticipated summer thriller needs to be on your TBR list.
Ashley Macey
Ashley Macey is a lifestyle freelance writer who loves all things fitness, wellness, and creativity. When she's not exploring her home in the Pacific Northwest with her dog Max, you'll probably find her curled up with a good book and some hot tea. Follow her daily jaunts on Twitter.
Books
Creativity
Books Goods