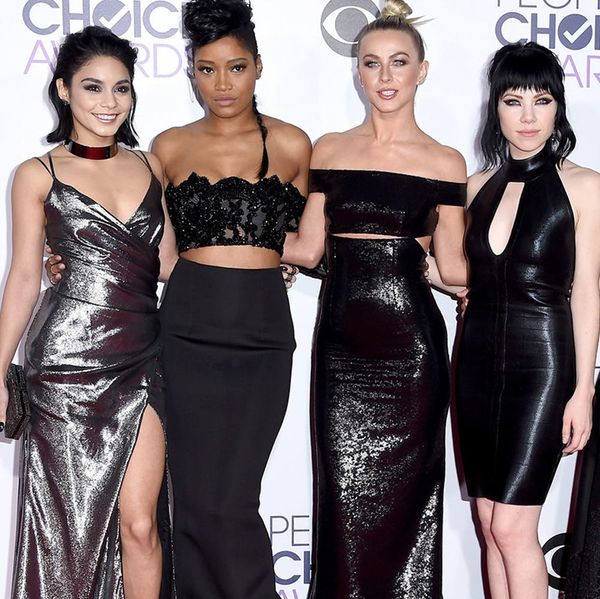 It’s that time of year again. You might still be digesting that Christmas turkey but Hollywood’s best and brightest are getting all dolled up and hitting the red carpet like there’s no tomorrow. Kicking off award show season is tonight’s People’s Choice Awards which will be hosted by none other than the oh-so-witty Jane Lynch. But before the tearjerking acceptance speeches and OMG moments are all the star-studded arrivals. Scroll on down to see which stars brought it for the first major red carpet of 2016.

1. Kate Hudson: Always one to keep it sweet and simple at award shows, Kate rocked a sleek white jumpsuit with a lazy girl approved updo. (Photo via Jason Merritt/Getty)

2. Maddie Ziegler: Reality star and dancer Maddie Ziegler showed up on the red carpet without a Sia-inspired wig this time, but this watercolor inspired mini dress is still enough to get out attention. (Photo via Jason Merritt/Getty)

4. Julianne Hough: The newly engaged celeb was looking very unlike her usual, preppy self tonight. We’re digging the glittery dress but that slicked back bun is what’s really catching our eye.

Staying true to the fantasy realm she works in, this Teen Wolf actress showed up looking kind of like the most glam vampire that ever was. (Photo via Jason Merritt/Getty)

8. Christina Milian: Christina brought all the bling to the red carpet with this epically sparkling purple ensemble. (Photo via Jason Merritt/Getty)

Well hello, Keke Palmer! She may have played the up and comer in her show Scream Queens but Keke is definitely the Queen Bee of this red carpet. (Photo via Jason Merritt/Getty)

13. Keltie Knight: TV personality Keltie Knight was one of the earliest stars to arrive in this maroon, tea-length dress that looks like it came straight out of Audrey Hepburn’s closet. (Photo via Mike Windle/Getty)

Watch out Keke, this Pretty Little Liars star might be competing with you for best all-black ensemble of the night.

17. Kat Graham: Subtle pops of color have been showing up on this red carpet, but we’re going to go ahead and say that white and black have been the top two picks of the evening. (Photo via Jason Merritt/Getty)

18. Nathalie Emmanuel: We’re getting the feeling this isn’t the last time we’ll be seeing velvet on the red carpets of 2016. (Photo via Jason Merritt/Getty)