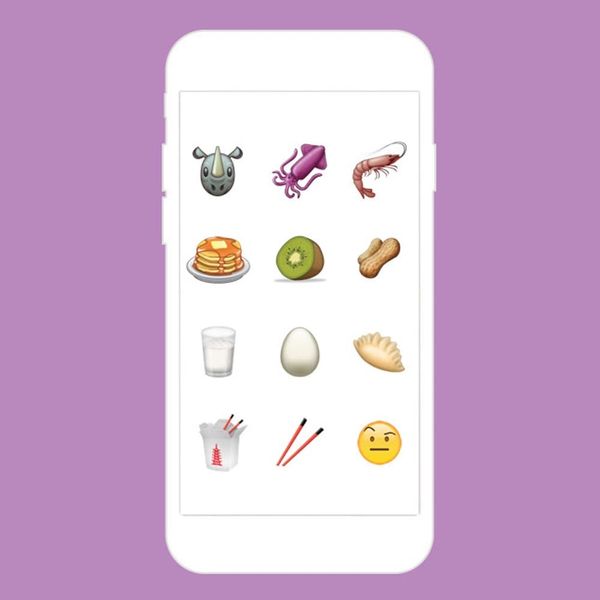 Since our last emoji update where there were 67 emojis that might be joining our iPhone keyboards, there’ve been 12 new additions. The brings the total number to a whopping 79 new emoji contestants to have hit the Internet. Frankly, we’re totally into all of them! The collection from Unicode Technical Committee repeats a few old contenders but definitely has more hits than misses, which makes it difficult to choose a favorite.

New submissions include dumpling, chopsticks, egg, kiwi, peanut, pancakes (how is that not already a thing?), Chinese take out box and glass of milk for food. There’s gorilla, squid and shrimp for animals. Also, let’s not forget the all-important raising one eyebrow face.

Just remember to keep in mind, the images here are only mockups, so there’s no telling what the final versions are going to look like — or if these candidates will even make the cut at all. These options, or whichever ones make the cut, won’t be coming to phones or social media until 2017 which seems like way too long to have to wait for the dumpling emoji — but patience is a virtue.

What emoji do you think NEEDS to be added next? Tweet us @BritandCo!

Desiree O
Desirée O is a ‘Professional Bohemian’ who loves anything and everything related to the arts, entertainment, and pop culture. She ADORES being a ‘Newsy’ for Brit + Co, covering all of the latest tidbits of awesomeness that you want to read about. When she’s not writing, she’s either making messy art, going on long adventurous walks with her camera, or poking around over at bohemianizm (http://www.bohemianizm.com/). You can find out about Desirée O and her work at http://DesireeO.com/ or follow her on Twitter @DesireeO.
Emoji
Entertainment
Emoji iPhone
More From Entertainment