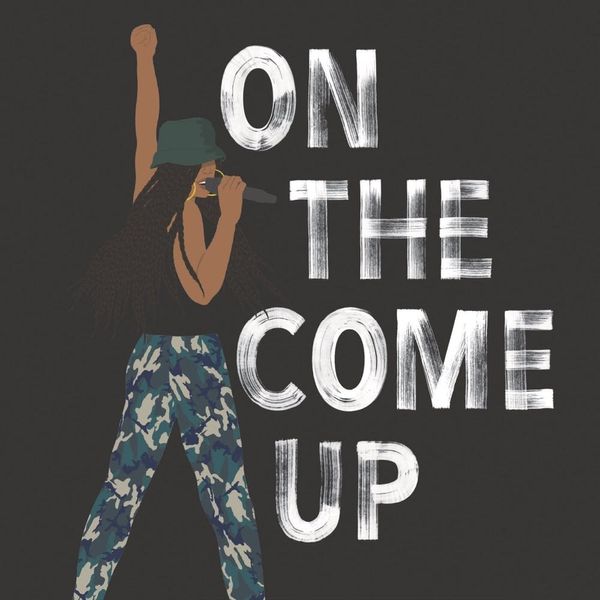 There’s nothing we love more than empowering female writers and promoting their amazing work. If you’re looking to pick up a few new novels written by talented and inspiring women this spring, here are the books to start with. From YA to historical fiction, every one of these stories is sure to make an impact on those who read them.

1. Winter Sisters by Robin Oliveira ($27): It’s the late 1800s in Albany, New York, and everyone in town has just weathered through a horrifying snowstorm that left one couple dead. When the couple’s daughters turn up missing, Dr. Mary Sutter will take it upon herself to find them. Working against everyone in the community who assumes the girls are dead, Mary stays persistent in her quest, and when the truth about what happened to the girls finally comes out, there will be consequences for the entire town. This suspenseful novel is the perfect book for fans of unique historical fiction.

2. On the Come Upby Angie Thomas ($19): If you found yourself unable to put down The Hate U Give by Angie Thomas in 2017, her newest YA novel will be your perfect summer read. A story about a brave and ambitious young girl, On the Come Up follows the dreams of 16-year-old Bri as she tries to find her way in the hip-hop world. After the loss of her father and her mother’s sudden unemployment, Bri knows she must help provide for the family and find a way to make it big or lose everything her family has worked for.

3. Beautiful Illusion by Christie Nelson ($17): Treasure Island has just come alive in San Francisco, and Lily Nordby could think of nothing better than visiting the illustrious exposition. When she’s given the chance to write a story on the place, she books her travel plans right away. In this historical fiction novel, one reporter visits the Golden Gate International Exposition where she’ll find things aren’t exactly as they seem. A story about new friendships and mysterious strangers, this novel is the perfect read for those who love books with historical backings.

4. Bury What We Cannot Take by Kirstin Chen ($15): After watching their grandmother commit an act of betrayal to their homeland of China, two siblings will find that remaining loyal to their country could bring an end to their family forever. Suddenly having to leave their home, the family will quickly learn that in order to obtain visas, they’ll have to leave one of their two young children behind as a way of showing their loyalty to the nation. A heartbreaking and intriguing novel, Bury What We Cannot Take sheds light on a crucial point in history that you won’t find mentioned in many other books.

5. Whiskey & Ribbons by Leesa Cross-Smith ($21): If you’re looking for a story that will tug at your heartstrings, Whiskey & Ribbons is the book for you. Having lost her husband right before the birth of their son Noah, Evi has enlisted the help of her late husband’s adopted brother Dalton. Moving into Evi’s home, Dalton will do the best he can to raise the child his brother would’ve protected with his life. A novel told in three different voices, Leesa’s new release tells a story of motherhood, family, and healing. If you found yourself enthralled with Jojo Moyes’s After You, this women’s fiction novel will be your newest book love.

6. A Promise Givenby Michelle Cox ($17): Take a trip through the English countryside with this new mystery novel from Michelle Cox. Henrietta and Clive have just been married, but their honeymoon is short-lived when a man is killed in a nearby village. As Clive’s cousin, Wallace, comes under suspicion for the murder, the newlywed couple will be forced to take action and help prove his innocence. A story full of family secrets, twisted plots, and a striking English setting, A Promise Given is the perfect novel for fans of Sherlock Holmes.

7. Fruit of the Drunken Tree by Ingrid Rojas Contreras ($27): This debut novel set in Colombia in the 1990s adds a touch of heart to the cruel history of drugs and crime in Bogotá. Petrona has just been hired as the live-in maid for seven-year-old Chula and her sister Cassandra, and as they adjust to life together, Chula gets to know the new maid and the secrets she has brought with her. Finding themselves caught up in a dangerous world of secrecy, these young women will find that their new friendship has consequences. Based on the author’s real-life experiences, this new book comes to terms with the difficult decisions women often have to make in the face of danger.