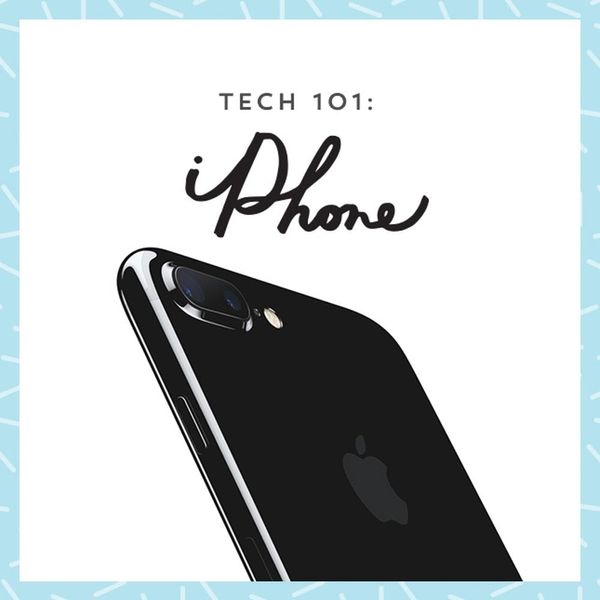 The iPhone is a wonderful thing. We get fancy new models and software updates every year, and each time they come with more and more features that make our lives easier and allow us to spend more time on things that really matter. What you may not have realized though, is that the iPhone is really a magnificent tiny computer that doubles as tons of other devices, and we’re gonna break those down for you right here.

1. Car TrackingDevice: Thanks to the Apple Maps update (even though we still use Google Maps), Siri now automatically detects when you’re driving and drops a pin on the map when you stop, so you don’t have a heart attack later when you forget where you parked. No more being paranoid for a half-second thinking your car was stolen.

2. Sleep Tracker: We are living in an age when we don’t have to go to a sleep lab in some clinic to get our sleeping patterns analyzed. Now we have devices that can do it in our own homes — though admittedly, some are quite expensive. Even if you don’t want to shell out for an Apple Watch or fitness tracker, you don’t have to miss out on getting a good night’s sleep. You’ll have to download an app, but there are plenty to choose from.

You can choose one that just gives you stats on your sleeping habits (e.g., how long you tossed and turned, whether you snored and for how long, when you were in deep sleep, and so on) or one that uses those stats to determine the best time to wake you up so you won’t feel as groggy. Other apps use their analysis to tell you the best time to go to bed, based on your schedule and sleeping stats. You shouldn’t have to feel icky all day because you woke up in the middle of a REM cycle. Yuck!

3. Health and WellnessTracker: Many people are ultra-concerned with their health — and rightfully so! We only get one body, so we might as well take care of it. Fitness trackers and wearables make this easier, and even your iPhone has features that help you keep track of your physical well-being. iOS 10 brought the Bedtime feature, which is basically a sophisticated alarm clock that asks you when you need to wake up and how long you’d like to sleep so that it can tell you when you should go to bed.

Your iPhone can also perform as a digital period tracker, using an app like Clue to sync with the Health app. It’s easier than ever to monitor your fitness too, with apps like MapMyRun and MyFitnessPal. If you just want something as simple as counting your steps, your iPhone can do that too. Just go to the Health app and tap Activity to see your step count, walking and running distance, and how many flights you’ve climbed. Pretty nifty if you don’t want to think about tracking your exercise yourself.

4. Universal Remote: Smart homes are becoming more and more popular, and your iPhone is one of the best universal remote controls out there. Thanks to apps, you can control your home with the tap of a button. Adjust the thermostat, lighting (perfect for turning on some mood or movie lighting) and music, and stream TV shows and movies to your TV using a Chromecast. You can even control your smart oven and coffee maker from your phone. This is the future, guys.

5. Your Own Personal Robot: We already know and love Siri, but she keeps being updated with awesome new features, and now that Apple is allowing more integration with third-party apps and services, she’s even more talented. Siri can now send Tweets, update your Facebook status, remember nicknames and relationships (e.g., “Sarah is my mom”), and understand complex commands, like appointments with all the details. She can now also change settings. “Hey Siri, turn off WiFi.” (As if anyone would ever want that.) If you’d rather Siri take on a male persona, you can do that too. Just head to Settings > General > Siri > Voice Gender. Voilà! A gentlemanly butler just for you.

Phones have come a looooooooong way since the days when all they could do was, well, make a phone call. And people thought texting was a huge deal. But since phone companies seem to have mastered that, it leaves room for all these great innovations we’re seeing today.

What do you use your iPhone for? Let us know on Twitter @BritandCo!