7 Celebrities Who Have Bravely Shared Their Postpartum Depression Struggles 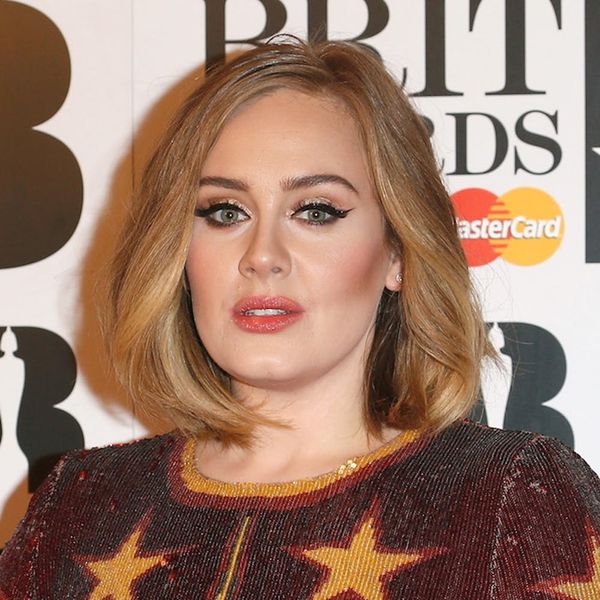 In her new Vanity Fair cover story, Adele does not hold back, sharing details about her former “massive” drinking habit and revealing amazing tidbits about her friendship with Beyoncé. And while the now-engaged singer has made it clear that she’s going to be putting her family before her music for awhile, she also admitted that she had (and still has) some major difficulties with motherhood.

In the immediate aftermath of having her son Angelo, Adele suffered from something so many women do: postpartum depression. “It frightened me,” she said. “I felt very inadequate; I felt like I’d made the worst decision of my life.”

Though Adele didn’t seek medical help as some women do need to, she says her coping methods were less than popular with some. “Eventually I just said, ‘I’m going to give myself an afternoon a week, just to do whatever the fuck I want without my baby.’ A friend of mine said, ‘Really? Don’t you feel bad?’ I said, ‘I do, but not as bad as I’d feel if I didn’t do it.'”

Props to Adele for being real about something many women suffer with alone in silence. Here are six other celebrities who have bravely shared their postpartum struggles.

1. Hayden Panettiere: Hayden has always been totally open with fans and media about her postpartum struggles, and even had to portray a storyline of intense challenges after becoming a mother on Nashville. “It is one of the most debilitating, scary, guilty feelings that you can ever feel,” she told Yahoo!. “That a mother would not be able to connect with their child, would not be able to get a grip, or would not know what’s going on, for anybody to say that it’s false or created by us, you must have your head examined.” Earlier this year Hayden checked into a treatment center for her ongoing postpartum a year and a half after the birth of her daughter Kaya. (Photo via Jason Merritt/Getty)

2. Gwyneth Paltrow: We’re all a little guilty of side-eyeing Gwyneth’s too-perfect and unrealisticGoop life, but hearing about her postpartum struggles after the birth of her second child humanized her to us. “I couldn’t connect with my son the way that I had with my daughter and I couldn’t understand why,” she admitted on Lifetime’s The Conversation With Amanda de Cadenet back in 2007. “I felt like a zombie. I felt very detached. My husband actually said, ‘Something’s wrong. I think you have postnatal depression.’ I was mortified. ‘No I don’t!’ And then I started researching what it was and the symptoms and I was like, ‘Oh, yes I do.'” (Photo via Matthew Eisman/Getty)

3. Alanis Morissette: Alanis decided to speak out about her postpartum because she felt it helped level the playing field and gave the condition a more human element. After having her son Ever in 2010, she later told ABC News, “It was just a really intense time and if I could share anything with anyone who’s going through it, it would be to encourage them to seek help and reach out a little earlier than I did. I think the feminist movement went through being very independent, being autonomous, being individualistic and being empowered on our own, burning your bras as such. And then now, in 2012, there’s this gorgeous inner-dependence and saying ‘I’m really empowered and I need you and I need help.’ It’s really great.” (Photo via Ernesto Distefano/Getty)

4. Drew Barrymore: Drew, not unlike Gwyneth, didn’t experience postpartum with her first child, so suffering after having her second daughter caught her off-guard. “I didn’t have postpartum the first time so I didn’t understand it because I was like, ‘I feel great!’ The second time, I was like, ‘Oh, whoa, I see what people talk about now. I understand,'” she told People. “It’s a different type of overwhelming with the second. I really got under the cloud.” (Photo via Jason Kempin/Getty)

5. Amanda Peet: Immediately after giving birth to her first child in 2007, Amanda Peet says the amazing feeling she had all through her pregnancy was gone in an instant as she had a bout of “fairly serious postpartum depression.” “I want to be honest about it because I think there’s still so much shame when you have mixed feelings about being a mom instead of feeling this sort of ‘bliss,'” she told Gotham Magazine at the time. “I think a lot of people still really struggle with that, but it’s hard to find other people who are willing to talk about it.” (Photo via Pascal Le Segretain/Getty)

6. Bryce Dallas Howard: Not unlike Amanda Peet, Bryce describes a similarly happy pregnancy followed by crushing depression after giving birth. “For the sake of those around me, including my son, I pretended, but when I began showering again in the second week, I let loose in the privacy of the bathroom,” she wrote on Goop. “My numb performance of ‘delighted new mom’ seemed to fool everyone. It wasn’t until my ‘shower breakdowns’ began to manifest out in the open that people began to worry. Postpartum depression is hard to describe — the way the body and mind and spirit fracture and crumble in the wake of what most believe should be a celebratory time. The danger of being silent means only that others will suffer in silence and may never be able to feel whole because of it.” (Photo via Nicholas Hunt/Getty)

Have you or do you know someone who has suffered from postpartum depression? Let us know @BritandCo.