9 Celebs Who Chose Surrogates to Have a Baby 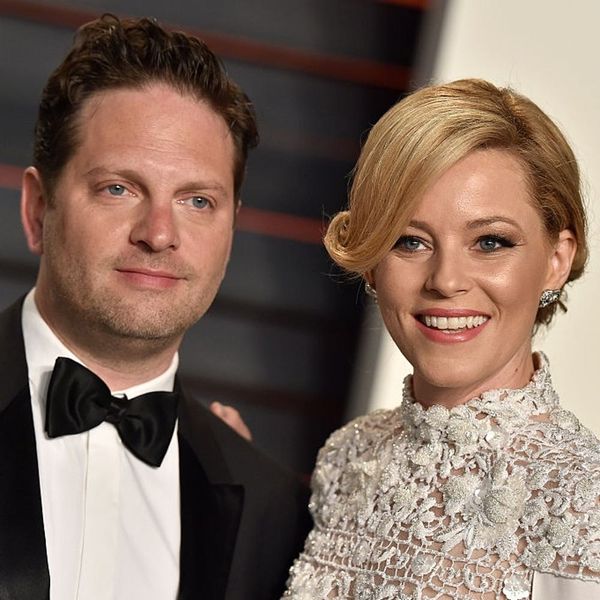 Celebrities, they’re just like us. They pretend that their yoga pants aren’t actually their PJs, they binge watch the Gilmore Girls and they occasionally accidentally eat the whole cake. Oh wait, no they don’t. But they do struggle with some of the same issues that we “normal” people do, such as infertility. Sometimes baby dreams happen by alternative means. Sometimes, when baby-making gets tough, the tough get — a surrogate! These celeb parents show just how amazingly awesome surrogacy can be for adding a new baby to the family.

1. Tyra Banks: Before you go assuming that the supermodel chose a surrogate to keep her runway figure, think again. After undergoing IVF treatments for fertility problems, Tyra chose to use a surrogate. Tyra (and boyfriend Erik Asla) welcomed a beautiful baby boy named York via their surrogate in January of 2016.

2. Elizabeth Banks: The odds of having a baby via surrogate were ever in The Hunger Games star’s favor. Not only did the actress have one baby through surrogacy, but she had two — sons, Felix and Magnus. (Photo via Axelle/Bauer-Griffin/Getty)

3. Sarah Jessica Parker: SJP and hubby Matthew Broderick had twins by a surrogate. After having their first son James Wilkie the old fashioned way, the couple struggled to expand their family. Luckily, they were able to find a surrogate who could make their baby dreams come true. When the press caught wind of the surrogate’s identity, SJP noted that the woman’s phone and computer were hacked and she was followed. Yikes! (Photo via Gilbert Carrasquillo/Getty)

4. Nicole Kidman: Like SJP, Nicole also had trouble conceiving for a second time. When the actress and her country star honey Keith Urban wanted to add to their brood, they choose a surrogate. (Photo via C Flanigan/Getty)

Our costumes for the Halloween carnival at the kids' preschool yesterday. But 10/31 will be frighteningly different..! @DavidBurtka came up with both themes/costumes. He's amazing.

5. Neil Patrick Harris: Sometimes fertility issues aren’t the focus of surrogacy. When the actor and his husband David Burtka decided to become daddies, they obviously needed a womb to grow their baby. In 2010, the couple officially became fathers to fraternal twins Harper and Gideon.

6. Giuliana Rancic: When she’s not roaming the red carpet, Giuliana is busy being a mama. In 2012, the E! star and her husband Bill welcomed their son Duke using a surrogate. Following a double mastectomy, Giuliana had been taking cancer-suppressing meds, making getting pregnant herself a non-option. (Photo via Amanda Edwards/Getty)

7. Jordana Brewster: She may be Fast and Furious, but she’s also a mom! The actress has had two sons (Julian and Rowan) using surrogates. (Photo via Jim Spellman/Getty)

Introducing the new little man in my life, my son Rockwell Lloyd Liu. In ❤️!

Thank you to the nicest people at Serendipity 3!!! Starting a new family tradition. #FrozenHotChocolate

9. Jimmy Fallon: After struggling with fertility issues for five years, the late night host and his wife Nancy finally got their baby. In 2013, the couple used a surrogate to give birth to baby girl Winnie. One year later, the couple welcomed their second surrogate baby, Frances Cole.

Did you have a less than traditional path to pregnancy and childbirth? Share your story and tweet us @BritandCo !

Erica Loop
Erica Loop is a freelance writer living in Pittsburgh. When she's not busy creating kids' activities for her blog Mini Monets and Mommies, you can find her trying to hang out with her teenage son, being chased by her two Olde Boston Bulldogs or teaching a children's karate class (she's a third degree black belt!).
Celebrity Baby
Parenting
Celebrity Baby Parenting