A New, More Useful Way to Stuff Your Bra 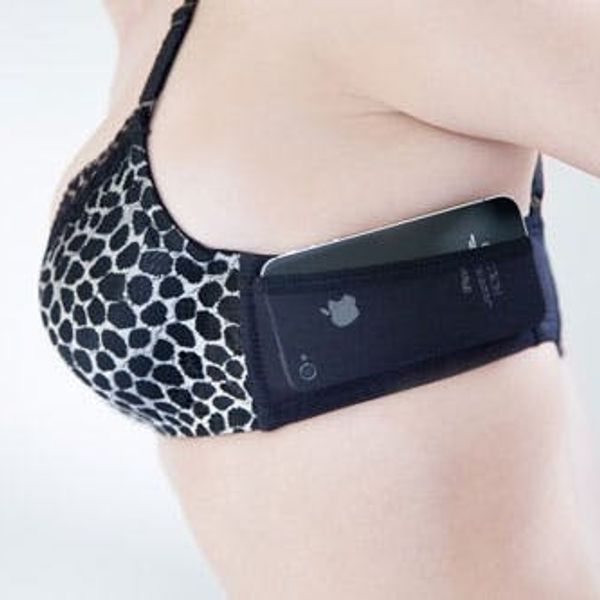 It's a bird, it's a plane, it's… a SUPER BRA! Actually, it's a JoeyBra, but it just might make you feel like Super Woman.

Iron-On Pocket, each of which does the job for certain situations, but what about the dance floor? Sometimes that mini purse just doesn't allow for the moves you're dying to bust out.

Enter the JoeyBra, the first sexy and comfortable pocketed bra.

Created by two students at the University of Washington (and currently looking for pledges over on Kickstarter), the JoeyBra has been designed "specifically with the party girl in mind". After doing a survey of over 200 women, they found that 95% had a problem finding a place to put their belongings while out, and 73% had lost personal items from a lack of pocket. We've all been there, scratching our heads saying "I thought I put it in so-and-so's purse or jacket…"

It works with pretty much any outfit, and can be worn as a regular bra, strapless, or crisscrossed in the back.

And this bra is good for the guys as well. If you're a dude who's ever been to a wedding, dance party, or happy hour with a girlfriend, girl friend, wife, or sister, you've probably carried her phone, wallet and keys in your pocket. Whenever she wants to take a picture, you need to be available. When she needs a drink, she ends up asking you to get it because you've got her cash anyway (and, of course, because this is also the chivalrous thing to do). But, don't you want the ladies in your life to feel liberated?

Plus, it looks good. It's not some half vest half bra hybrid that makes you feel like you're on a safari. It's lacy, leopard-tastic, and even has a little extra oomph by way of a lightly padded push-up. So far, it's being offered in Small (32A, 32B, 34A), Medium (32C, 34B), and Large (32D, 34C, 36B) but they're planning to offer even more sizes once their Kickstarter funding comes through. With 12 days to go on Kickstarter, the JoeyBra is already at double their goal. If you pledge $30 or more, you get your very own JoeyBra sometime this summer. Or, go directly to the JoeyBra website and pre-order one for $20. All in all, a ridiculously good deal!

Anjelika Temple
As Co-Founder and Chief Creative Officer of Brit + Co, Anjelika Temple brings her voracious consumption of all things creative and colorful to DIY projects, geeky gadgetry finds and more. When she's not DIY-ing her heart out, you'll find her throwing dinner parties with friends or adventuring with her husband David, their daughters Anokhi and Indira, and their silly dog Turkey.
Kickstarter
Fashion
Kickstarter