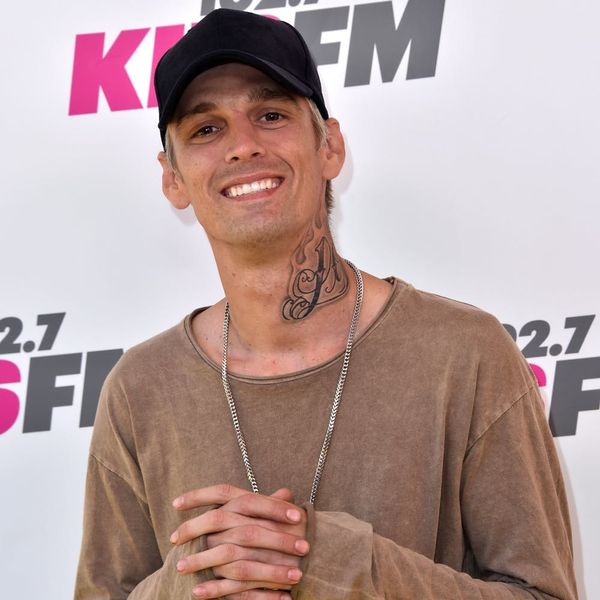 Aaron Carter took to Twitter Saturday night with a personal note to fans about his sexuality. The singer (whose older brother is Backstreet Boy Nick Carter) decided to share his truth in a lengthy, heartfelt, and, above all, empowering post.

“To start off, I would like to say that I love each and EVERY ONE of my fans,” the 29-year-old began. “There’s something I’d like to say that I feel is important for myself and my identity that has been weighing on my chest for nearly half of my life. This doesn’t bring me shame, just a weight and burden I have held onto for a long time that I would like lifted off me.”

Carter went on to say that he first “started to find boys and girls attractive” when he was just 13, but that “it wasn’t until I was 17 years old, after a few relationships with girls, I had an experience with a male that I had an attraction to who I also worked with and grew up with.”

The tweet, which has so far garnered more than 9,000 likes and 800 replies since being posted on Saturday, concluded with Carter writing, “I never want to be a figure of disappointment. The best quote to sum: ‘I’ve never felt as though I didn’t belong, I just acted as though I did.’ — Boy George.”

Being honest about who you are will never make you a disappointment. Carter’s Twitter has been flooded with support, which he acknowledged in a follow-up tweet on Sunday: “Waking up so overwhelmed by your love and support. Looking forward to seeing you all this Thursday in my hometown.”