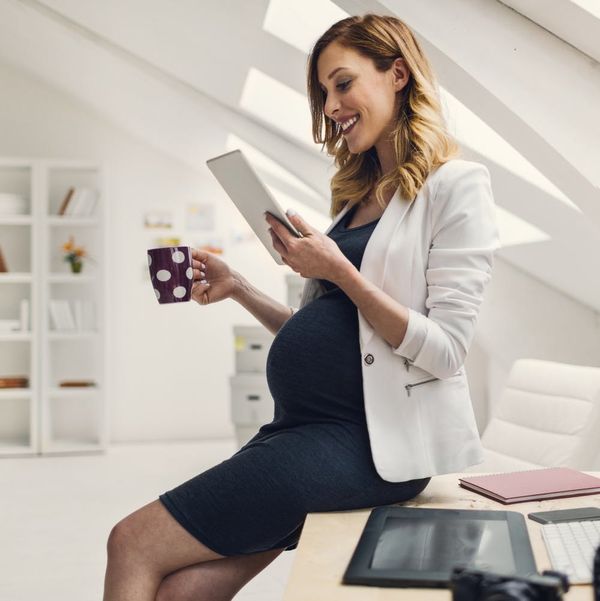 Though we don’t always get to plan out every aspect of our lives, we can do our best to try to fit in our goals and achieve our dreams. When doing so, we need just the right mix of loftiness (to keep us motivated and reaching for the stars) and reality (to keep us grounded in what is actually possible). That’s why knowing the ideal age to have a baby can be helpful. And while we know the average age of women having a baby for the first time, we now also know the specific age that women start having trouble getting pregnant.

Previous reports have suggested that women in their 30s face trouble conceiving, but it turns out that the data widely used for this estimate was taken from French birth records from 1670 to 1830. Yes, actually. In other words, not really applicable to modern women. In fact, the Atlantic noted a study published in Obstetrics & Gynecology that found that 82 percent of women in the 35 to 39 age range conceive within a year (that is, if you’re getting frisky at least once a week).

However, things do start to change once you reach 40. According to the American Society for Reproductive Medicine, “By age 40, a woman’s chance is less than 5 percent per cycle, so fewer than 5 out of every 100 women are expected to be successful each month.”

Remember, this doesn’t mean that you can’t get pregnant once you’re 40+. You TOTALLY can. It just might take a little longer (extra sexy time, FTW!) and require some extra care (TLC, you awesome mama-to-be).

Have you (or anyone you know) had a baby after 40? Did you/they have issues conceiving? Tweet us @BritandCo!

Desiree O
Desirée O is a ‘Professional Bohemian’ who loves anything and everything related to the arts, entertainment, and pop culture. She ADORES being a ‘Newsy’ for Brit + Co, covering all of the latest tidbits of awesomeness that you want to read about. When she’s not writing, she’s either making messy art, going on long adventurous walks with her camera, or poking around over at bohemianizm (http://www.bohemianizm.com/). You can find out about Desirée O and her work at http://DesireeO.com/ or follow her on Twitter @DesireeO.
Pregnancy
Entertainment
Pregnancy Womens Health