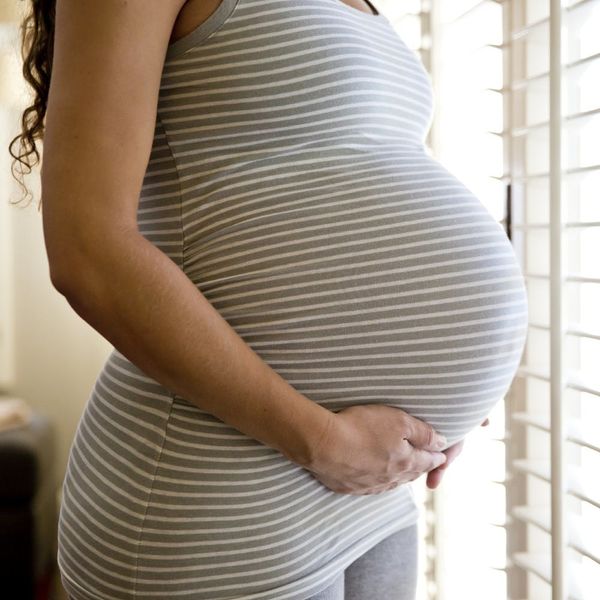 These days, perhaps it seems like all you do is go to baby showers, scroll through baby pics on your newsfeed and read about celebrity birth announcements in the headlines à la Saint West. Yep, babies are everywhere. But surprisingly, as ubiquitous as babies are, women are actually waiting longer and longer to become first-time moms. According to a report released by the Center for Disease Control and Prevention yesterday, the mean age of women who are first time mothers is higher than it has ever been.

In the US, the average age of first time motherhood stands at 26.3 years as of 2014. That’s up from 24.9 in 2000. From 2000 all the way to 2009, the average age was pretty stable, but from 2009 to 2014, number began to increase noticeably. The age range most dramatically affected by this change is moms under the age of 20. Teen moms dropped almost 10 percent since the millennium from 20.1 percent in 2000 to 13.4 percent. That’s kind of amazing. While average age increased across the board, the study also found that different ethnicities had a different age with Asians and Pacific Islanders having the oldest average at 29.5 (up from 27.8 percent in 2000) and Native Americans and Alaskans having the youngest at 23.1 (up from 21.6 in 2000).

What does all this increase in age mean exactly? A smaller future population for one. According to the CDC, with the average age of the first-time moms going up, it “can affect the total number of births a mother has over a lifetime, which in turn impacts the composition and growth of the U.S. population.” Also, as the age of mother is associated with a range of birth outcomes,” the older age of mothers can heighten the chance of “multiple births and birth defects.”

But there are upsides too. As Refinery29 points out, the rise in age could be due to more women choosing to pursue higher education before becoming a parent. And according to Pew Research Center, later-life moms often achieve more career success. Of course, there’s also the additional challenge millennials face: the Washington Post reports that it’s more expensive to be a parent than ever. Thus, putting off parenthood can actually be the fiscally responsible thing to do.

While there may be an increase in age across the board, one thing remains unchanged: that being a mom is no easy job. So moms young and old, hats off to you!

What age did you become a parent or do you project becoming a parent? Tweet us @BritandCo!

Kimberly Wang
Kimberly Wang writes about all things pop culture, tech, style, and beauty. She's a Bay Area transplant and has an MFA in Creative Writing from Columbia University. On a sunny New York day, you can find her hanging out with her mini schnauzer Isabelle Jellybean on a blanket in Central Park.
Kardashians
Entertainment
Kardashians New Parents Pregnancy
More From Entertainment