This New Bracelet Can Help You Get Pregnant 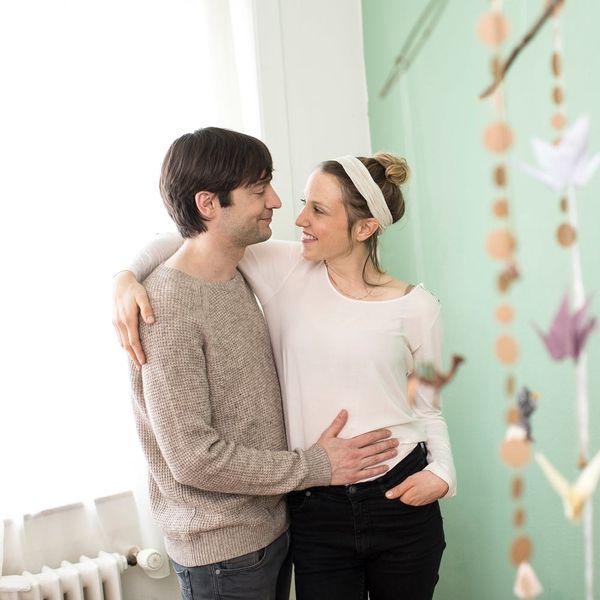 Getting pregnant isn’t as easy as you might think. For many folks trying to have a baby, the process can involve fertility apps, doctors and strict schedules. Even with all those pieces in place, it can still take a long time to get pregnant — if at all — without going down the fertility treatment route. Well, for those of us who want to figure out how to make our baby dreams come true, there’s a new, FDA-approved wearable on the market that can help solve a number of fertility-tracking problems at once.

Released just yesterday, the Ava wearable fertility tracker was designed by a reproductive health company after learning that simply tracking your cycle doesn’t guarantee that you’ll actually get pregnant. With this information in hand, the company set out to create a piece of wearable tech that wouldn’t just track your period’s start and end date, but would take into account your pulse, breathing rate, sleeping schedule and more — all while you sleep — in order to get the most accurate information about your most fertile days.

The makers of the bracelet claim that the data it receives can narrow down almost five and a half days per menstrual cycle where your fertility is at its peak, increasing your chances of getting pregnant by a whopping 89 percent. Ava CEO Lea von Bidder says, “For most women, there are only about six days per month where there is any possibility of conceiving, and only three days per month where it is likely. Even under the most favorable conditions— a young, healthy couple having frequent unprotected intercourse — there is only about a 25 percent chance of getting pregnant in a given month.” This comes as news to many who thought that simply tracking your cycle could up your chances of having a baby.

While the bracelet isn’t totally cheap (it retails for $199), it’s much less expensive than traditional medical fertility treatments, and von Bidder claims that the Ava can cut the time it takes for you to get pregnant in half.

Would you try the Ava bracelet to help have a baby? Tell us @BritandCo!

Kat Armstrong
Kat has been a writer, social media maven and mom for longer than she's willing to admit. She's also spent time in front of and behind the camera, interviewing celebs, politicians and acting as a producer for fashion and artistic photography shoots. When she isn't writing for various orgs and publications, she's hanging with her kids, husband and French Bulldog, Peter, in Toronto, Canada.
Wearable Tech
Tech
Wearable Tech Womens Health
More From Tech