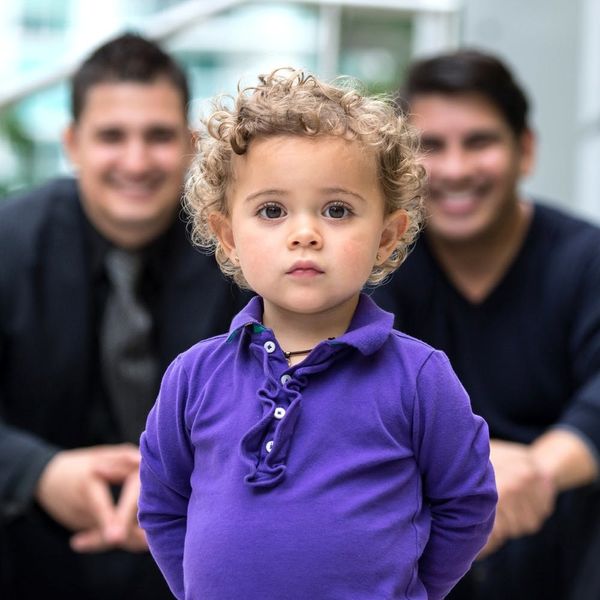 Chances are that you know someone who either was adopted or has adopted, but that doesn’t necessarily mean that you really understand adoption. Sure, you’ve heard the stories, seen them fictionalized on the big screen or maybe even watched a reality show about it, but the intricacies of adoption are often misunderstood. November is National Adoption Awareness Month, and in honor of this, we’re helping you to become more aware (obviously) of it. Whether you’re planning to adopt, creating an adoption plan or have a friend who’s considering adoption, take a few moments to learn a few facts about what the birth mama goes through during this love-giving process!

1. There are different types of open adoptions. We talked to Katie Foley, MSW of Spence-Chapin Services to Families and Children, about what open adoptions are. Foley says, “Open adoption means birth mothers have the opportunity to select and interview the adoptive parents.” Picking the parents may mean different things to different mothers. Foley notes (of a birth mother), “She may be looking at adoptive parents from her city or a family who lives far away.” The openness of the adoption often extends well beyond choosing the parents. The birth mother’s adoption plan would include if, when and how much time she spends with the child (post-adoption). This might mean getting to see the child on birthdays or having the adoptive parents send photos as the child ages.

2. Choosing to put a child up for adoption is not always a quick decision. Obviously, choosing adoption is a major choice. Along with that comes mental, emotional and plenty of other challenges. There might be an old-school notion of the birth mama delivering her baby and handing him over — then boom, it’s done. That’s completely not the case. From the moment that adoption becomes an option, the birth mom starts planning. This is typically done with the help of pros (social workers and adoption counselors), along with support from people who are already in the woman’s life (friends and possibly family).

3. It’s not just teen moms who opt for adoption. Who do you think of when you imagine a birth mom who is giving her baby up for adoption? A teen mom who feels she’s way, way, way too young to parent? Yes, this does describe some birth moms. But, not all of them — and not by a long shot. Women of all ages, races and financial situations make the decision to go with adoption. From a 22-year-old who is just starting med school to a 30-year-old who is single and deep in debt, choosing adoption isn’t bound by age.

4. Doctors become an essential part of the process. “Some medical providers know a lot about adoption and some don’t,” says Foley. In either case, the OB that the birth mom chooses needs to become a full-fledged part of the adoption plan. Just because the woman isn’t choosing to parent doesn’t mean that she has no say in the birth. She needs to make decisions about labor and delivery, such as going natural or opting for pain meds. Along with the actual birth, the woman needs to inform the medical staff of what she wants to happen following the birth. Does she want to hold the baby? Or does she want to keep her distance?

5. Insurance and medical expenses have to be considered by both parties. Having a baby is far from free. Just because the birth mom isn’t the one who is buying diapers and wipes doesn’t mean she’s doing the delivery thing at no cost. There are doctor’s visits, ultrasounds, lab tests and hospital fees galore. Long before the big birth day, mom needs to check what is (and what isn’t) covered by her insurance. If she can’t afford deductibles, co-pays and any other medical expenses, she can add these into the adoption plan. Foley notes that exploring insurance coverage early on is best. The birth mom should firm up what she can pay for and what the adoptive parents agree to cover before she starts getting the medical bills in the mail.

6. Adoption is all about love. Adoption isn’t about abandonment. It’s a sign of love — an incredibly deep love. The birth mom wants to give her child the best life possible. And that might be with someone else. “They are not ‘giving up their baby,’ as the saying goes,” says Foley of birth mothers.

What else do you want to know about adoption? If you need a few more resources, check out Donaldson Adoption Institute, Spence-Chapin and ichooseadoption.org.

Erica Loop
Erica Loop is a freelance writer living in Pittsburgh. When she's not busy creating kids' activities for her blog Mini Monets and Mommies, you can find her trying to hang out with her teenage son, being chased by her two Olde Boston Bulldogs or teaching a children's karate class (she's a third degree black belt!).
Parenting