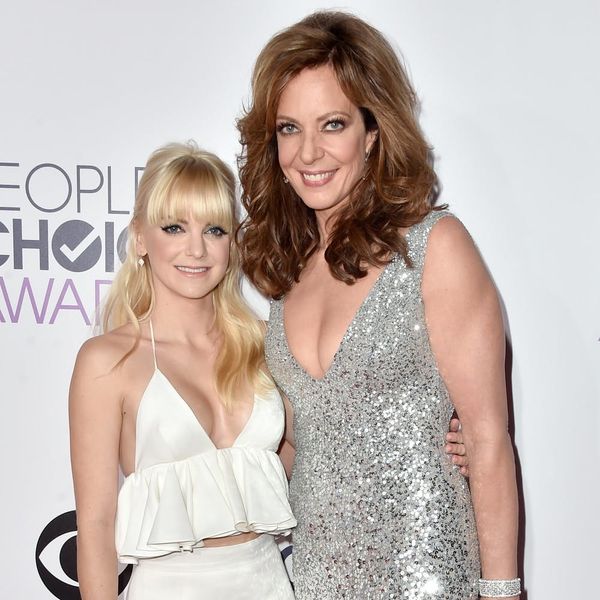 Allison Janney may be Anna Faris’s fictional mother on their hit series (aptly named Mom), but the costars share a genuine, caring bond offscreen. As Faris deals with the aftermath of her split from Chris Pratt after eight years of marriage, Janney has nothing but kind words and support for her on-screen daughter.

“She just is a trooper,” Janney told E! News of Faris at the Television Academy’s Performers Peer Group Celebration event in Beverly Hills this week. “She comes to work with a smile on her face. She’s a professional. I love her to death.”

Janney added that Faris likes to keep her personal life and her professional life separate, so she’s kept any drama away from production. “She comes to work and gets the job done,” the West Wing alum shared. “She’s great. She’s got a big smile on her face and she’s getting through it.”

I've been trying to not look insane in selfies but turns out it's impossible. Back at the bistro!

Janney has obviously gotten to know the Jurassic World actor as her costar’s husband over the years, but Pratt also famously guest-starred on Mom during the show’s fourth season, playing a womanizer who dates Faris’s character, Christy Plunkett.

“We’re all very supportive of her and love her and feel badly for both of them,” Janney added to E! News of the exes, who share son Jack. “We love them both. They’re such great people.”

Faris and Pratt announced their separation in a joint statement on social media earlier this month. “We tried hard for a long time and we’re really disappointed,” the statement read. “Our son has two parents who love him very much and for his sake we want to keep this situation as private as possible moving forward. We still have love for each other, will always cherish our time together, and continue to have the deepest respect for one another.”

How do you cope after a big breakup? Let us know @BritandCo.