Amazon Alexa Is Growing Up at CES 2017 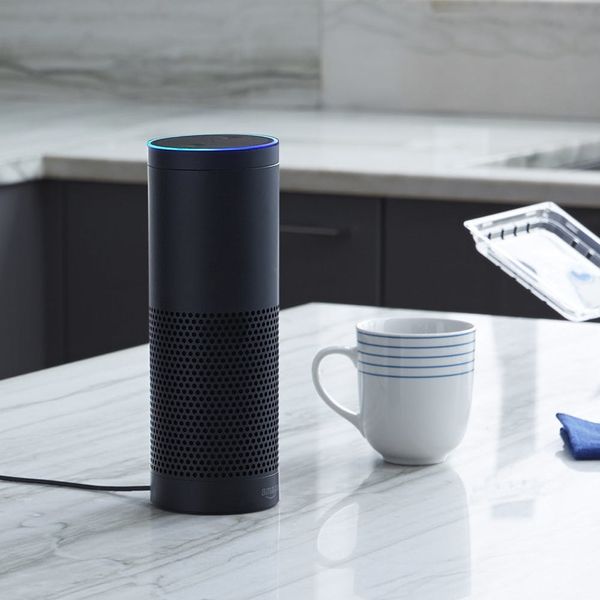 2016 had some pretty low points, but it wasn’t all bad. Still, we’re doing our best to quit looking backward and start looking forward. Which is good, because we have a lot to look forward to (5G anyone?)! There are still 362 days left in the year, which leaves a lot of room for awesome gadgets, innovations and just general goodness. And we’re about to see a whole slew of those things at the Consumer Electronics Show (CES). This year, CES is celebrating its 50th anniversary. Betcha didn’t realize consumer tech had been around that long, didja?

Alexa is steadily growing and stepping up to the plate with the big girls. We keep seeing new integrations with our favorite apps and products, all of which make our lives so much easier. Now, following a year packed with millions of Echo and Echo Dot sales, there is a lot of buzz around Amazon’s virtual assistant. And with good reason!

1. Forget about forgetfulness. Pretty much everyone has left a light on or even the oven on at some point, and then had to deal with the mini panic attack that ensues. Well, no need to worry your fabulous heads any longer! There are some new devices that can help you remember what’s important — and it’s as easy as just asking Alexa about it. Appliance company Whirlpool has announced that their devices will be connected to Alexa this year. “Alexa, did I leave the oven on?” and “Alexa, start the washer” might become common phrases in households everywhere. There are also smart plugs coming from WeMo which allow you to turn off whatever’s plugged into them by just telling Alexa to do it. Now you don’t have to run around the house turning off/unplugging everything before you leave for a trip. Just boss Alexa around instead.

2. Set some (improved) mood lighting & music. A little mood lighting can go a long way. Bright neon mood lighting probably won’t. That’s why we’re pretty excited that there are now dimmers that can be controlled using Alexa. So instead of bright blue lights that hurt your eyes, kick it down a few notches. And then turn on those sweet third-party speakers — all using your voice. What’s that? You don’t have anyone over tonight? That smooth ambience can still be put to good use. We know you want to give Alexa a little “thank you.” Alexa, turn down the lights and put on a nice playlist. We’ll give you two a moment.

3. Clean your house. Yep, you read that right, and nope, we aren’t kidding. Powerbot VR7000, Samsung’s answer to the Roomba, is getting Alexa capabilities this year. Now you really have no excuse to shirk your vacuuming duties, because it is literally as easy as speaking. Just pray that your cat doesn’t learn to speak English, because Whiskers will definitely go for a joyride while you’re out.

If you’re more into Siri than Alexa (we don’t judge), don’t worry — there will be a lot more Siri-enabled devices coming out this year too.

Is your home a smart home? Do you prefer Alexa or Siri? Or maybe Google Assistant? Tell us @BritandCo!