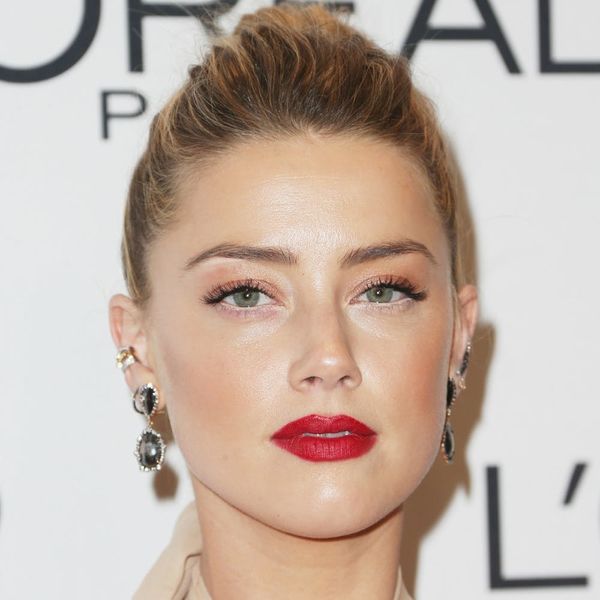 Amber Heard has been relatively quiet since receiving her $7 million divorce settlement from ex-husband Johnny Depp back in September (and donating it all to charity), but that’s all about to change, thanks to a new PSA released yesterday with the help of Girlgaze — a collective group of media from female photographers/videographers that showcases the world from a female perspective.

While Amber’s ex, Johnny Depp, has been busy battling backlash sparked by his role in Fantastic Beasts and Where to Find Them (despite author JK Rowling’s support), the actress has been getting candid for cameras with a message she hopes will empower victims of domestic abuse to speak out against their abusers.

Amber herself filed domestic abuse charges against Johnny back in May, though she later dismissed the matter “with prejudice” (a move which prevents her from refiling the claims), and retracted her restraining order following the settlement. Now, in a tearful monologue, Amber is speaking out about the larger issue at hand, saying it’s not only physical acts that embody “violence towards women,” but verbal ones created by our own society.

Which is exactly what she’s encouraging victims (a label she’s not particularly fond of, as she says it holds a lot of shame) to do. “Speak up. Speak up. Raise your voice,” she urges. “Your voice is the most powerful thing, and we, as women, standing shoulder to shoulder, cannot, and will not, any longer accept silence.”

We can only hope that her message will be the good that comes from such an ugly situation, and can offer some comfort to those in need.

Do you think Amber’s video holds a powerful message? Voice your opinion @BritandCo.