Morning Buzz! Amber Heard Just Got a $7 Million Divorce Settlement and Donated It All to Charity + More 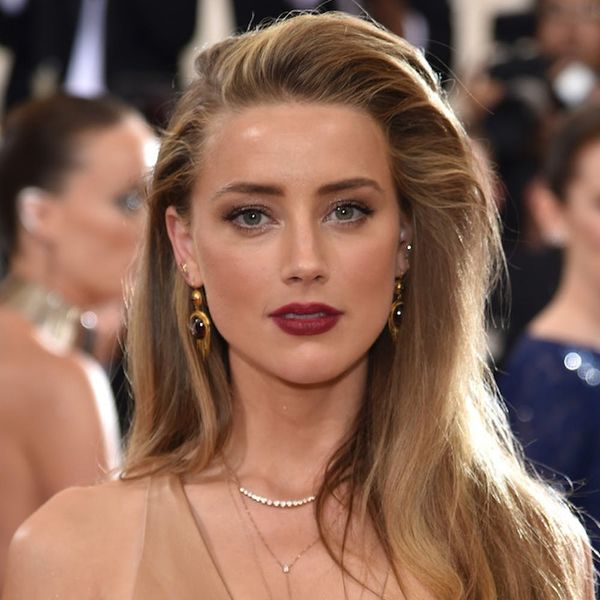 This morning’s top news includes a high-profile divorce settlement and the release of the album we’ve been waiting all summer for. Check those and more news stories out below.

1. The Amber Heard and Johnny Depp divorce case was an ugly one, but the pair settled outside of court just one day before their scheduled restraining order hearing earlier this week. Yesterday, Amber received a 7 million dollar settlement, but per her previous statements that this was NOT a publicity or financial gain scam, she donated every dime of it. “As described in the restraining order and divorce settlement, money played no role for me personally and never has, except to the extent that I could donate it to charity and, in doing so, hopefully help those less able to defend themselves,” she said in a statement. She distributed the money across a few recipients but stuck to “a particular focus to stop violence against women,” as well as the Children’s Hospital of Los Angeles. (Photo via Dimitrios Kambouris/Getty)

2. Julianne Hough and Nina Dobrev got “cheeky” on their BFFs vacation. Jules and Nina spent some time in Idaho with friends recently, and in a picture on Julianne’s Instagram they show off their “full moons,” posing without their bathing suit bottoms in order to bring the peach emoji to life, obviously.

3. ALERT. Frank Ocean released the album we’ve all been waiting for. Or an album, anyway. Remember LAST Thursday night when we waited and waited up to see if he would drop the long-awaited Boys Don’t Cry? He did it without much fanfare this week instead, and it turned out to not be the album we were waiting for at all. Endless is a 16-track visual album available now on Apple Music, and apparently Frank will be releasing his proper sophomore album this weekend as well. That’s just Frank. Always keeping us on our toes.

4. The Ryan Locthe saga continues. SURPRISED? As we learned yesterday, Ryan and his swimming pals apparently likely made up their robbery story to cover up their drunken destruction of a gas station washroom. Very cool, guys. Now, the US Olympic Committee has made an official apology to Rio, saying the “behavior of these athletes is not acceptable,” and one of the swimmers involved, Jimmy Feigen, has agreed to donate $11,000 to a Brazilian charity in order to leave the country. (h/t Buzzfeed News, photo via Matt Hazlett/Getty)

5. This woman is selling her wedding dress on eBay to pay for her divorce and her description is PRICELESS. Look, this may be a bit of an understatement, but it’s not good when a spouse cheats. Samantha Wragg of Chesterfield, UK is going through a divorce for this reason, and has decided to sell the very wedding dress she married in in order to pay for the divorce. Truly awful all around. But at least Samantha has retained a little control over the situation by laying it all on the line in the dress description.”Great condition but needs dry cleaning before wearing to get rid of the stench of betrayal,” it says. “If you want a dress that is full of bad memories and shattered hopes and dreams then this is the one for you.” While it is a lovely dress, we can’t imagine anyone would be rushing to wear this on their happy day. Or would they? There are currently 73 bids and it sits at £65,900.00. (h/t Mashable, photo via eBay)

6. Quote of the day: “I have dyed my hair virtually every color imaginable for different films. It got so bad that my hair literally began to fall out of my head! So for the past five years I’ve used wigs, which is the greatest thing that’s ever happened to my hair.” Keira Knightly reveals a side effect of fame she did NOT expect.

Were you surprised to learn Keira Knightly has been wearing wigs for five years? Let us know over @BritandCo!