Check Out 7 of the Next Big Things in Fashion 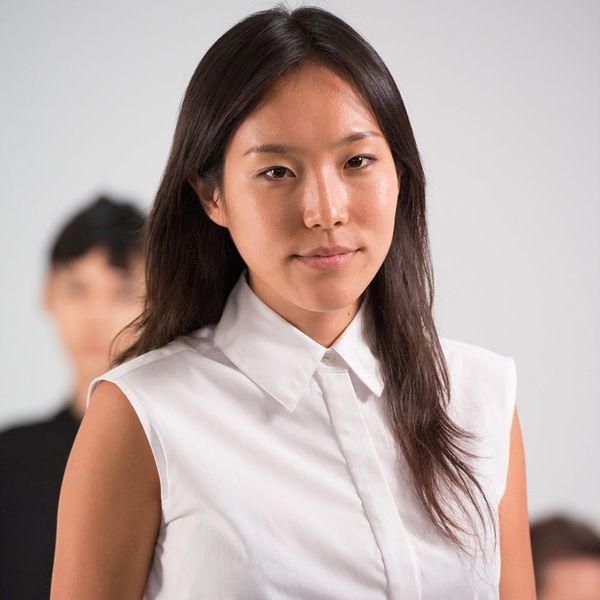 By now, spring fashion is at the forefront of your mind. And what better way to celebrate the season than with an introduction to a few fashion newbies that you’re going to want to keep an eye on? From brother-sister duos to young women with a vision, these designers put their chicest foot forward at New York fashion week. When searching for the latest trends, look to this group for fresh inspiration and unique pieces you can rock before anyone else does.

1. Katie Ermilio: Seeing as her grandfather was Grace Kelly’s personal clothier and the designer of the iconic Masters green jacket, and her father is a master tailor, Katie Ermilio’s family set the bar high for her designs. Ermilio, who is a current member of the CFDA Fashion Incubator, continues the legacy with ladylike, expertly tailored frocks perfect for parties and power lunches alike. (Photos by Ben Gabbe/Stringer)

2. Rosie Assoulin: Sure, close friendships with The Man Repeller and Claire Distenfeld of cool girl boutique Fivestory doesn’t hurt, but designer Rosie Assoulin would most likely be doing just as well even if she didn’t have friends in the business. Assoulin, whose internships include Oscar de la Renta and Lanvin, is known for taking risks with volume and color and counts celebrities like Michelle Dockery, who wore a gown from the Spring/Summer 2015 collection to the Emmys, among her fans. (Photo by Taylor Hill/Stringer)

3. Kaelen: Designer Kaelen Haworth was born in Canada but has her eponymous clothing line firmly rooted in NYC, where she attended Parsons, The New School for Design. Also a member of the CFDA Fashion Incubator’s current class, she’s a favorite among fashion bloggers and editors for her innovative silhouettes and simple but effective patterns. Just this year she debuted a new e-commerce site so her designs can be enjoyed worldwide. (Photo byMireya Acierto/Stringer)

4. Kempner: Meggie Kempner, a former Ralph Lauren stylist, and her brother, Chris Kempner, a Harvard Business School graduate and former private equity investor, remember their grandmother, the esteemed fashion icon and society staple Nan Kempner, fondly. So fondly, in fact, that they created a clothing line in homage to her style. Launched only in fall 2014, Kempner NYC has created a ton of buzz and is already carried at several major retailers. (Photo by Joe Kohen/Stringer)

5. Novis: A New York City native, designer Jordana Warmflash has always had a ton of inspiration to draw from for her designs. She’s partial to color and quirk, and her irreverence to current trends makes her stand out. The line, which Warmflash launched in 2012 after stints at Zac Posen, Peter Som and Alice + Olivia, was the 2014 recipient of the Eco Domani Fashion Foundation Award. (Photo by Brian Ach/Getty)

6. Ji Oh: Korean-born, NYC-based designer Ji Oh wants to be your go-to for contemporary, classic basics, while still injecting a bit of quiet drama into her pieces. Launched only last year, her collection is already stocked at many international retailers, and she has been nominated for an FGI Rising Star award for womenswear. (Photo by Noam Galai/Getty)

7. Tome: What started as a friendship between Ryan Lobo and Ramon Martin in 1988 didn’t evolve into a collection until 2010. The two Australian natives, nominated for the CDFA Fashion Fund in 2013, now make a home and business in NYC, where they put out classics with a twist with the “everywoman” in mind. Inspiration comes from everywhere, from Lauren Hutton and ’60s cocktail dresses to ’80s Giorgio Armani. Collaborations with other emerging designers like Lizzie Fortunato Jewels have helped up their presence. (Photo by Cindy Ord/Getty Image)

Which designers show the most promise to you? Be sure to tell us who inspires you most in the comments!